Get lost at lunchtime

Week thirty six in 'wake up' (one week behind or one week forward?)

It was my last day in work before nine days of free-time. As you can imagine I was happy. I had plans. During these nine days I would officially become one year older but I embraced this yearly concept and couldn’t stop thinking that Life was wonderful. My brother was coming to visit me for a few days and Sarah had also planned our first glamping mini break near Glastonbury with Bobby of course. Considering I declared in Cornwall in1999 that I would never go camping again it was anyone’s guess how it would all pan out, luxury camping or not. Then I opened my e-mails to find week thirty six’ challenge in the Great Wake Up journey; to get lost at lunchtime. I couldn’t help feeling the challenge might be impossible for me to complete in the next nine days and I might find myself falling a week behind in my ‘wake up’ challenges. But all was definitely not lost.

Before I finished reading the e-mail I couldn’t help being transported back to the previous week when if the challenge had fallen on this week I would have completed it and truly got lost at lunchtime. It was such a moving experience that I bored the kitchen staff with it for days, retelling the adventure to each member of staff and showing them photograph’s to prove my point and professing that getting lost was good for the soul.

The previous Thursday I looked out of my window up towards the hills. Fog shrouded the top of the hills and my imagination conjured up images of feudal Japan. I thought I’d never been up the hills when the weather was like this and decided that the Bobster and I should investigate. Who knew, maybe we would find a discarded Ronin sword up there (my vivid imagination was in overdrive).

At the beginning of the ascendency even though the visibility was poor I had no problems navigating the hills. Walking up my mind raced with scenarios that fitted the environment of each turn. One minute I was in feudal Japan. Next I was in some ancient English wood filled with goblins, warlocks bubbling potions and dark shadows. Even Robin Hood was conjured up from the back of my mind. My mind swirled around in an eddy mix of colour and imagination – we could have been anywhere.

I was aware of the paradox that I was walking around an area of outstanding beauty but couldn’t visibly see much and yet there was still beauty to be found. I was happy and so was Bobby so we decided to walk to the tallest point on the hill; the Beacon.

Fog had encircled us for the entirety of the journey and still wouldn’t let go. When we got to the top, just like the rest of journey there was nobody except me and Bobby to be seen and nothing to see except white fog. We sat there in wonderland. There was silence for several minutes and then we heard laughter somewhere on the breeze. Not wanting to spoil our magic we decided to descend the Beacon. 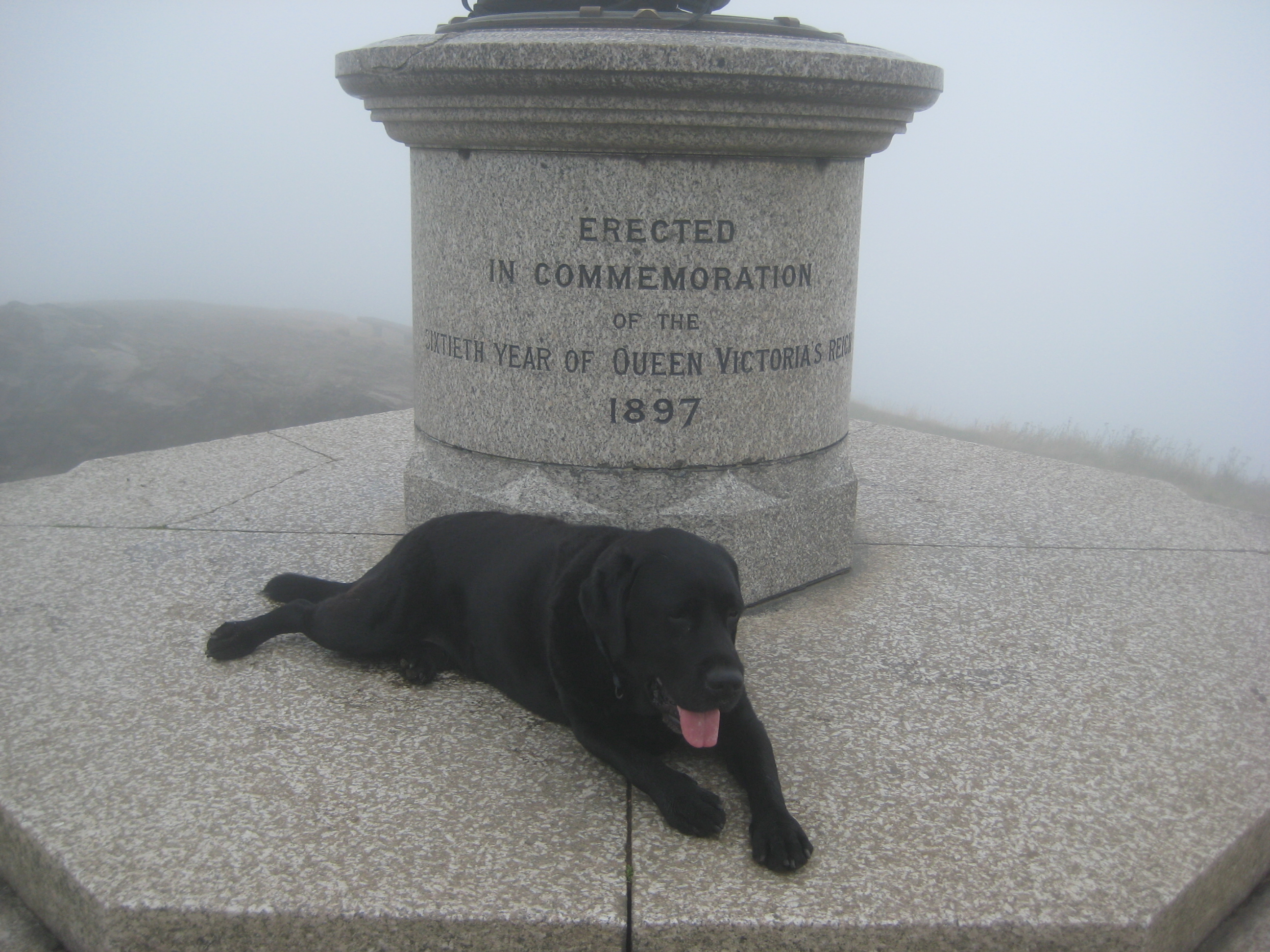 I know the hills well and after a few moments I decided we should take a less travelled path. Before I knew it we were lost! We carried on the descent and I believed I was heading towards a certain direction but within ten minutes I knew I was truly lost on a landscape I knew well but because of the fog I was blind.

It was at that point a wave of euphoria washed over me – yes I was lost but I couldn’t have been any happier! We continued our walk and at some point we passed a couple of travellers. A voice in my head suggested I ask for directions but I didn’t want to lose this euphoric feeling. We continued – I was truly lost.

Then a wider path came into view and I realised I had been walking in the opposite direction I thought I’d been walking. And yet I just smiled because I never thought getting lost could feel this good. Bobby didn’t seem to care either.

When I’d finally found my bearings I decided to walk through the wooded part of the hills. I followed a trail I’d not travelled before – in for a penny in for a pound. I knew I was now going in the right direction I just didn’t know what I would find. Then a trail led us to a place called Earnslaw Lake. It was magical because I didn’t expect to find a lake on the hills. Nobody had ever mentioned it before. I then realised I would not have found this place if I hadn’t got lost. Nature had played games with me and led me to “a lake on the hills”. 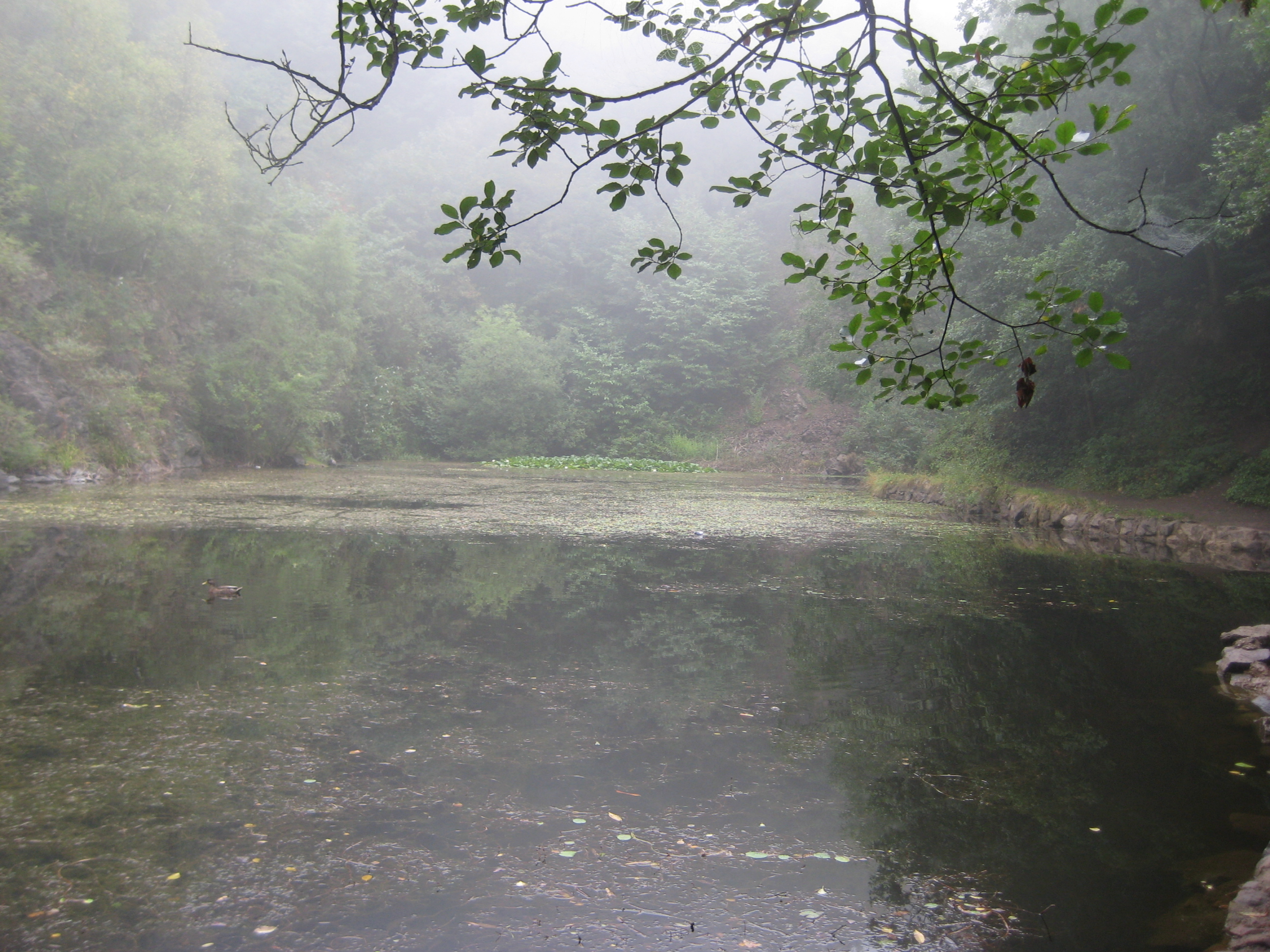 How magical I thought. For the rest of the journey home I couldn’t believe my luck.

For me some of the ‘wake up’ challenges have unearthed lost things or hidden magic about myself. Finding those forgotten riches and treasure has been moving, affirming and life changing. For the large part they were always there inside me but lost unseen or buried. My eyes have now been opened. This was another challenge that I’d got so much out of. Sometimes the challenges have fallen at the right time, in sync with what is going on around me and some have been a surprise. This week’s challenge didn’t fall at the right time but I couldn’t help thinking I wasn’t one week behind but instead one week ahead on this great journey.

Chris Baréz-Brown over 3 years ago

What a brilliant journey! Made even more magical with the mist. Have a great holiday, am sure glamping will be a blast. Big love C x

Ffi Ffi Trixibelle over 3 years ago

Oh Mark, I love how playful your imagination is! Lovely post... and I have got lost in fog a few times and was utterly terrified.....something I need to work on to get to your euphoria state :) how fantastic you found that lake.

Fi, there's nothing to fear from the fog. Although the John Carpenter film was a classico and I wouldn't want to be trapped in a light house as the dead sailors returned from their watery grave to wreak revenge on Antonio Bay. That's enough to give anyone the willies (stop sniggering at the back).

Vanessa over 3 years ago

Mark, your hills sound amazing - and how fantastic you got well and truly lost - although you did have your faithful Bobster to keep you grounded :-)

I did, it was superb! And you are spot on about the Bobster he is great company. He doesn't say anything out of order and will let me talk and talk and talk. The only problem is he never gets the ale in! But I love him and understand his income - a handful of dog biscuits. Everyone loves Bobby!

Let's Do This Together
Psychologies Ambassadors , Self, The Great Wake Up, How To Achieve Your Goals

Gaelle Berruel
The Best Kept Secret To Feel Good In Your Business And Life
Psychologies Ambassadors , Self, The Great Wake Up, How To Achieve Your Goals

Gaelle Berruel
Tips to Stay Calm when Everyone Else is Panicking
Barefoot Coaches' Channel , Self, 360me, The Happiness Club , The Great Wake Up, How To Achieve Your Goals, Barefoot Coaches Training Room

Tips to Stay Calm when Everyone Else is Panicking

Vanessa McHardy
Life Labs
We use cookies to help improve your experience. By continuing to browse our website you are consenting to our use of cookies.
Learn more