This week’s experiment was; at the start of the day to write down the things that we were looking forward to doing and at the end of the day give gratitude for those things that we did. Interesting, I thought because I’ve never done anything like this before…

In the morning on the first day all I could get excited about was finishing work and getting back to the apartment to chill out, hoping the day went well because we were short staffed in the kitchen, keeping the troops happy with my comedy genius, ahem, playtime with the Bobster and veggie sausages and chopped toms for dinner.

As it turned out we got battered in work, it was like Vietnam without Agent Orange and the veggie sausages were poor (no wonder people prefer the real thing, hoofs and all, ahem). Actually the veggie sausages tasted a bit like Agent Orange, ahem. But I took gratitude from being the comedy master and playtime with the Bobster. I’ve said it before and I’ll say it again; man’s best friend is his dog! I LOVE BOBBY!

The kitchen team were in fits of laughter when I told them my neighbours told me they make handmade sports equipment in their flat and sometimes it can get a bit noisy. When they kept hammering and banging after midnight I had to go down to their flat to tell them to stop making a racket!

Come on people – that is comedy silver, I mean gold, I mean comedy….Something, ahem.

Day two, my one big excitement of the day was wanting Andy Murray to win Wimbledon and getting through a Sunday that wasn’t Apocalypse Now 2 because of staff shortage. Before the end of the day Murray won Wimbledon and in my eyes he is a living British sports legend! I love Andy Murray! My gratitude also stretched to the shift not becoming another Vietnam saga. In many ways it was a good shift. By the end of the day my realisation that I’m a simple man who looks for simple things to make him happy was evident. Then I played with Bobby – he is “fun, fun, fun, till your daddy takes the t-bird away!”

By day three I realised I feel more excited not about the day ahead but what lies beyond that day. I’m super excited about glamping for a few days in Somerset for my birthday in September. I’m excited about my parents coming to visit me at the end of the month, I’m looking forward to going to Liverpool to see an exhibition of The Jam memorabilia in August, I’m excited about going to an old friend’s party in September who I haven’t seen in twenty two years, I’m looking forward to having a day out in Birmingham and possibly London, I’m looking forward to Wednesday and Thursday when I’m not in work and I can go for a long walk on the hills. I’m even excited about what’s beyond the next few months, I’m excited about what will be happening in two years’ time when the mortgage is payed off and doing something different other than running a pub. Was I wishing my life away? I didn’t think so because at that moment of still in the morning when my thoughts were taking shape I was truly grateful for what I had and what was in front of me.

Day four I could only hope for the usually stuff; work went as well as it could, playtime with Bobby and all good things to the people I know and care about. See I told you I was a simple man.

Overall this experiment showed me I’m a really a simple chap who has no burning ambition for what the day brings and is happy to take it as it comes. My excitement doesn’t really concern the day ahead but the day after that and the one after that. I don’t know if I’m missing out on anything here but I don’t feel as though I am. I’m just happy to look to the future with excitement and be grateful for what I’ve already got. Anything extra is a bonus. 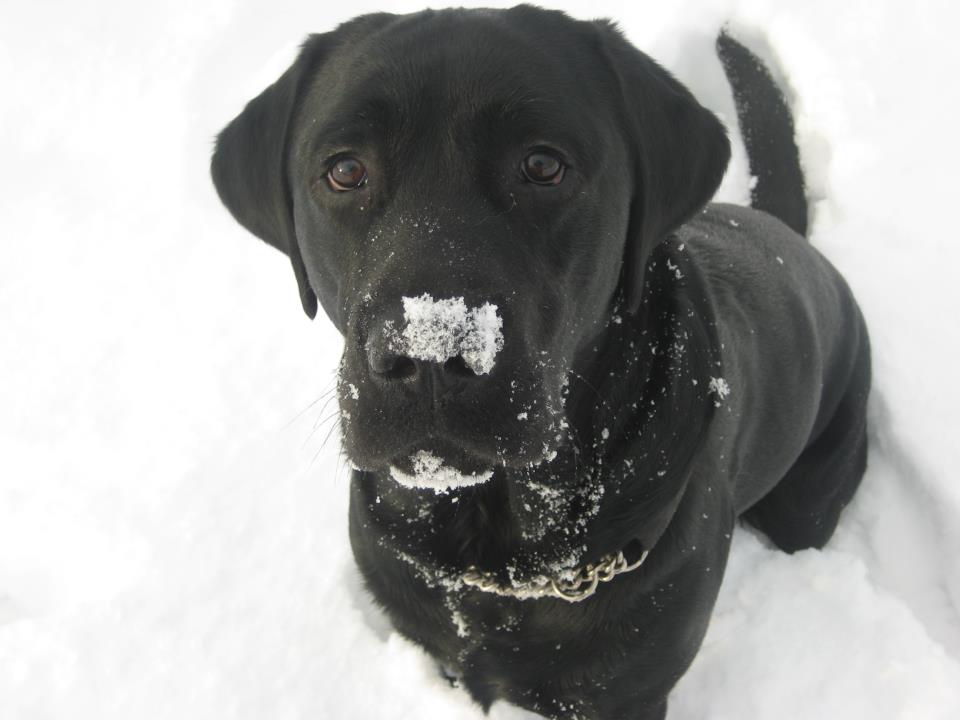 If you want excitement and gratitude in an image this is my Bobby. Excitement, gratitude, character and comedy personified.

Jacqui over 3 years ago

I absolutely understand the enthusiasm for simple everyday things. But it sounds like you've loads to get excited about in the future anyway. Mortgage paid off - surely that's freedom!

Vanessa over 3 years ago

First, and foremost, I'm in love with Bobby... Second, it does sound like you have loads to be excited about - so much change! Paying off the mortgage IS the best feeling ever! Just keep noticing those simple joys today while you'require anticipating tomorrow.

Very, very true. Thank you for your kind comments. In two years I will be free. That has to be a massive yeah-yeah!

Chris Baréz-Brown over 3 years ago

Let's Do This Together
Psychologies Ambassadors , Self, The Great Wake Up, How To Achieve Your Goals

Gaelle Berruel
The Best Kept Secret To Feel Good In Your Business And Life
Psychologies Ambassadors , Self, The Great Wake Up, How To Achieve Your Goals

Gaelle Berruel
Tips to Stay Calm when Everyone Else is Panicking
Barefoot Coaches' Channel , Self, 360me, The Happiness Club , The Great Wake Up, How To Achieve Your Goals, Barefoot Coaches Training Room

Tips to Stay Calm when Everyone Else is Panicking

Vanessa McHardy
Life Labs
We use cookies to help improve your experience. By continuing to browse our website you are consenting to our use of cookies.
Learn more