Brought to you by Psychologies
Barefoot Coaches' Channel , Self, How To Save Your Relationship, 360me, Family & Relationships

When Reflection is Too Painful

When things don't go to plan, you have been hurt or are grieving, it can feel like you've lost control of your life and the last thing you want to do is reflect. Forget the 'shoulds', 'woulds' and 'what ifs' and keep it simple to help you to move forwards without having to feel the pain of the past.

So, that’s it then. 2021 is done. Another year. Another strange, uncertain year.

Even if you don’t believe in new year’s resolutions, or you don’t run with the whole ‘new year, new me’ thing, it’s hard to not reflect at this time of year. Unless you can't because it is too painful.

I am feeling particularly reflective this year. I am grateful for this because this time last year I couldn't. I could only look forward.

It was too deeply painful to look back. I had been doing everything I could to NOT think about what had happened and as the end of the year approached the idea of reflecting just bought everything back. The hope and opportunity of a fresh start, a brand-new year was keeping me going though. I had ideas, but I didn’t allow myself to dream. I had done that before and look where that got me. On the way to being divorced and the most alone I'd ever felt.

I was focused on surviving and putting one foot in front of the other and even that was too much at times. Anything bigger than that was soon pushed down into the box of possibly-maybes that I might allow myself to wonder about another time. But for now, they made me breathless, so down they went.

As I look back on this year, despite not allowing myself to dream; the first half of 2021 turned out to be dream-like. Six months living by the sea in West Cornwall. (When you're from Birmingham, being able to walk to the ocean every day is heavenly; especially when the world is locked down).

For the majority of 2020, I’d been living with my brother and his family and needed to move on but I wasn’t ready to reimagine a ‘settled’ future. I had a million questions going around in my head.

Where should I live? Should I look at flats or maybe a house? Which mortgage offer will be best? Should I rent? I'll need to change my name on all of my ID first. What if the pandemic makes house prices crash? Maybe I should wait?

So, I took the pressure off and put to one side what I thought I 'should' do and I asked myself 'how do I want to feel?', 'what do I want to do' and ‘if I could live anywhere in the UK, where would I go?’ I got specific, I didn't over think my options or worry what other people would think and most importantly I didn't need to reflect. I could do that another time, I knew I would need to.

Perhaps I was trying to escape my ‘reality’. Or perhaps I was creating a new one because I had no choice in the one I was existing in.

There was no big plan, just one decision led to one action and so on. Keeping it simple, took away the overwhelm of having to make the bigger decision of getting my own place which might sound exciting to some people but it wasn't for me, not then. I shifted the focus from how I had been feeling to how I wanted to feel, what was important to me and what did excite me.

The surrealness of another lockdown and being hundreds of miles away from anybody I know made the move seem isolating but it was a healing time. There’s nothing like the sound of the ocean and the sight of a curious seal bobbing along to bring your attention back to the present moment and the wonders of nature. I couldn’t get stuck in my head for too long without been blown away by the view of the moon rising over the coastal dunes on my evening walk.

It was being away and choosing that for myself that gave me the strength and space to start considering the hopes and dreams I’d packed away. I was away from the noise of the 'shoulds', 'woulds' and the 'what ifs'. The millions of questions I had just a few months earlier were meaningless now as I started to create my new future.

I am the first person to say to others ‘you can do anything you want' but I don’t think I’d ever really truly believed it to be possible for myself. This was proof to me that maybe it could be.

Since then, I have moved back to the Midlands, again I kept it simple but this time I also visualised where I wanted to live. When it comes to moving again, I will do the same.

I have since had business and personal ‘goals’, ideas, things I wanted to do and achieve. Some ‘successful’, some not, some will be carried over and some have been crossed out and replaced with things that matter to me moving forwards.

If you find yourself overwhelmed with the complexities of this time we are living in and looking back on 2021 is too painful, don't feel like you have to until you are ready.

Instead try asking a question and see what comes up:

What is important to me?

What do I want to do?

Who do I want to be?

How do I want to feel?

And if you are wondering, because I am feeling reflective and I feel able to look back on 2021, I will be asking myself this one question:

How well did I love? 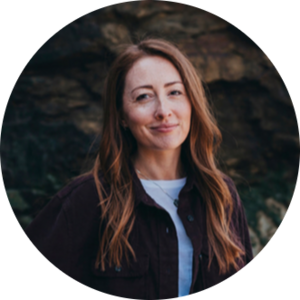 We all have an inner narrative that directs the way we live our lives.

As children, we learn how and who we need to be to receive love. This can leave us as adults believing things about ourselves that are untrue and leads us to being unsatisfied, having ‘failed’ relationships or wondering why we can’t find the love we want.

Second Story Coaching is about becoming aware of your old stories and how to create new ones even when you are hurt and can't see a way forward.

When you know what you want and why, you can create meaning and have a sense of belonging in the world whether you are in a relationship or not.

It’s OK to not have it all figured out right now.

Sarah is a relational self awareness coach, she has been coaching and mentoring for over 8 years and formally trained with Barefoot Coaching in 2020. She is trauma aware and works to the EMCC ethics.

She turned her focus to relational awareness coaching after she navigated her way through her own divorce and realising the importance of self awareness in order to have conscious, loving, meaningful relationships.