Brought to you by Psychologies
Psychologies Ambassadors , Self, Money

When life gives you lemons

I'm not ashamed to say (ok, a bit) that lately I've been struggling in the old finance department.

To put into context; I'm extremely fortunate to have a roof over my head, food in the fridge and a full time job to pay the bills. But for the last few months my paycheque hasn't stretched as far as it needs to, leaving me in a constant state of worry and generally p*ssed off at the world.

My natural instinct was to blame others for my shortcomings, to beat myself up for being such a failure with money, and avoid all possible social settings where I might be expected to spend money I didn’t have. In a nutshell, I was utterly miserable. That’s the thing with our little green-papered friend; when you’re swimming in cash, life feels pretty sweet, but when you haven’t got a pot to p*ss in you start to view money in a much more sinister light. It’s like anything in life, the energy we give out is exactly what we get back, and for me, I’d let money become associated with sadness, lack and anger. Instead of being grateful for the money I did have, I began to resent every penny that I felt was being ‘taken from me’.

After a long old cry and a proper heart to heart with my partner, I decided enough was enough and I was taking back control! I’d let some bad habits and my notorious people-pleasing dictate my financial status and that was about to end. Sure, I couldn’t just wave more money out of thin air, but I could make small positive changes and cut backs to get me out of the hole I’d been festering in.

For the first time in my adult life I put a financial plan in place and it actually felt empowering. There were ‘non-negotiables’ like buying coffee (when I can drink it all day at work for free!) and getting up early to make lunch instead of grabbing it on the go. I cancelled subscriptions I hardly use and turned down social occasions in favour of reading a book I’d previously not found the time for. These might sound like First-World problems to most, but for me, these positive changes were having an impact on my mood, as well as my wallet. I was enjoying my life (and the money I did have) again and actually felt more creative as a result of my new found thriftiness.

It’s like the old saying ‘is your glass half full or half empty’ - the power we give to the situations we find ourselves in is actually what make them either good or bad. If we view our shortcomings as opportunities to learn, to grow and to change, they stop feeling so overwhelming and might just turn out to be best thing for us in the long run. 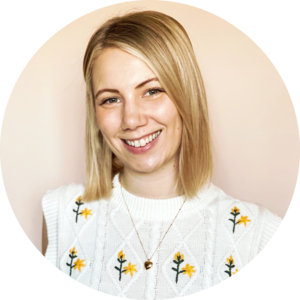 A blog exploring who we are, and what we want out of life, one story at a time.