Navigating our own and other people's nervous systems are key to self-regulation and our well-being.

Humans are a social species and have a sophisticated social engagement system.  Being part of this means we help regulate each other’s equilibrium, we tend to live longer and loving relationships are definitely good for our health. It can be a challenge to regulate our own nervous system let alone one belonging to someone else. Have you ever been upset by a text, tone of voice, a comment, an emotionless face or an eyebrow raise? Have you ever felt joy at reading poetry or receiving a letter, email or card from someone you care about? The power words and gestures have over our biology can span great distances (not just geographically). There is now clear evidence that the mind and the body are explicitly linked. Research shows that we can alter someone’s nervous system with words because the many brain regions that process language also control the major organs and systems that support our equilibrium.  Raising our voice can affect someone’s heart rate, making it go up and down, it can adjust the glucose entering the bloodstream or change the chemical flow that supports the immune system.

The Social Engagement System is formed through the linking of Cranial Nerves (one of which is the vagus) through the ears, eyes, voice, facial expression and head movement both signals are searches for signs of safety or danger. A face without expression, without movement commonly triggers a survival response. A natural head tilt is a sign of safety and invitation to connect.  Tone of our voices emerge from an autonomic state and let the other person know the intention beneath the words and interestingly the autonomic nervous system is listening to the intonation before the brain even takes in information.

If we aren’t mindful with our words and gestures in the short term, generally speaking there is no physical harm done on the body, our equilibrium is taxed only momentarily, the body recovers and the brain might even be slightly stronger afterwards. Evolution gifted us with a nervous system that has newer systems added to older ones, the most recent additions, the para-sympathetic ventral vagal state (Porges 1994), brought the ability to find safety in communication and connection.

Neuroception describes the way the autonomic nervous system (regulates involuntary physiologic processes such as heart rate, blood pressure, respiration, digestion, sweating, salivation, urge to go to the loo and sexual arousal) takes in information without the thinking parts of the brain. Neuroception responds to cues of safety or danger, outside in the environment and between people and trauma complicates our ability to read these cues.

The human brain doesn’t seem to be able to distinguish between different sources of chronic stress which can include the biological effects of words and gestures. The Polyvagal Theory (Porges 1994) suggests a hierarchy of three states which are:

If we travel the hierarchy of states many times in a day, sometimes in small and sometimes in extreme ways we find ourselves stressed over and over again without much opportunity to respond and recover/self-regulate.

When someone with PTSD or complex PTSD is confronted with a challenge that overwhelms self-regulation, they move from Ventral Vagal down one step to the Sympathetic nervous system and into some form of fight or flight.  If that doesn’t resolve the challenge the final move downwards into the immobilised and disconnected Dorsal Vagal system which can be difficult to move out of.

Completely outside of our awareness, we make deposits into other people’s equilibrium along with withdrawals by what we say, listen and how we respond. Our nervous systems are bound up with the behaviour of others, the best thing for our own nervous system is another human being and in certain circumstances it can also be the worst thing. Trauma sufferers know they will benefit from connection with others but their protection system finds it hard to allow this. It is metabolically expensive for any brain to deal with things that are hard to predict for example; what someone else thinks, how a text came across and if someone doesn’t appear to be listening to you.

Next time you use words or gestures whether it be in the spoken or the written word, pause and ask yourself if you are making a helpful deposit or making a costly withdrawal on someone else’s equilibrium?

Gail Donnan is an Interdisciplinary Psychologist, a trauma-informed EMDR psychotherapist and founder and director of The Trauma Centre CIC.

None of the above is intended to replace medical advice, more to work in conjunction with your medical professionals.

Feldman-Barrett, L. Seven And A Half Lessons About The Brain – Picador 2020 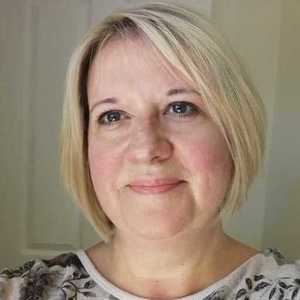 I have been working in the wellness industry since 1995. I have a Master's Degree in Interdisciplinary Psychology (Leeds), I am a trauma-informed EMDR psychotherapist, Director and Practice Lead of the Trauma Centre, Ripon which is a community interest company.  I am a qualified teacher, assessor and IQA. I am a trained Meditation Teacher, Bach Flower Essence Practitioner, Qi Gong Instructor and Reiki Master Teacher Practitioner.  I specialise in mental health issues arising from trauma, anxiety, depression and am the published author of two books -"The Gateway - A journey to re-claim your power from Stress and Anxiety" and The Gateway Junior Edition - children's mental health. I have a huge interest in somatic psychotherapy and have an interdisciplinary approach to mental health.