Brought to you by Psychologies
Self, Sex, Family & Relationships

How often do you think about consent? Many people think it’s easy, simple and therefore isn’t worth thinking too much about it. But as a society, do we truly understand consent?

Poor sex and relationship education combined with confusing love stories that we grow up with make for an awkward terrain to navigate. Most people have sex, yet few of us actually talk about it properly, making the conversation about consent not so simple.

Consent is a clear and affirmative expression of the permission to do something, to touch or to be touched in certain places, with certain manners and at certain times. It is specific and it is only valid in the here-and-now. It means that consent can be withdrawn at any time. Saying ‘yes’ once about something should not be an assumption that it will be a ‘yes’ for the same activity another time. Consent has to be sought every single time. A silence or an absence of ‘No’ does not constitute consent.

The confusion with consent

Many people think that a flirty attitude or wearing sexy clothes is an expression of consent to be touched. But it is not.

Some people don’t understand that if someone is intoxicated and they say ‘yes’ to sex at that moment, it should not be taken as consent because that person has impaired thinking. They need to wait until they are sober.

Many people in long term relationships think that if their partner said ‘yes’ to one specific sexual activity, for example oral sex, that it is a given that oral sex will happen next time without seeking the specific consent again.

People are also confused when someone says ‘yes’ and then withdraws their consent. A withdrawal of consent sometimes provokes a sense of rejection in the other partner and they can respond with anger, disappointment, resentment or shaming their partner. However, it is important for people to understand that a withdrawal of consent is not a rejection. Instead it needs to be celebrated and can be an invitation to connect with that person in a different way. Everybody has the right to change their mind at any time, without needing to justify or to apologise. When consent is withdrawn, the sexual activity must stop immediately, but it doesn’t mean that the connection has to stop.

Why is there so much confusion?

I believe sex and relationship education should start in primary school with age-appropriate education about respecting other’s differences, understanding about their body integrity and their space.

For example, I hear many people say stories like enduring their uncle’s sloppy kiss every Sunday afternoon when they were children. There was no option for the child to say ‘no’. This may sound insignificant but it plays a big part in constructing a subconscious script sounding like ‘I should not make a fuss’ or ‘I have no rights to say ‘no’’, ‘I should do as I’m told’ which can then cause problems in adult life when people don’t feel confident or assertive enough to express what they want and don’t want. Nobody should endure someone’s touch or kiss, at any age.

Genuine conversations about consent are not spoken about or demonstrated enough in our society. For example, The Sleeping Beauty is saved by a non-consensual kiss. Many stories of love depict the woman needing to be pretty and waiting to be picked by the man. Being the chosen one is enough for a ‘yes’ without the woman actually voicing it. In modern movies and stories, the same type of gender-biased stories are still romanticised. There are two reasons for this. Firstly,  misogyny is still prevalent in our society and unchallenged. Secondly, a demonstration of clear consent conversations are not sexy or exciting to watch in a film, so they don’t bother with it.

The conversation on consent is not only about women. Let’s not forget that men can also have their consent breached by women and men. For example, it is perceived ‘fun’ for a woman to slap a man’s bottom. There is a myth that men are more sexual than women so men are ‘always up for it’, implying they don’t need the consent conversation. But this is not right. True consent needs to happen for both women and men.

With clear consent conversations, there will be less negative experiences in people’s sex lives, less things going wrong in the bedroom and therefore less emotional wounding around sex.

We’re lucky to have more and more sex-positive sex educators, broadcasters and sex therapists who are active on social media, busting sex and relationship myths, such as Alix Fox (@alixfox), Topher Taylor (@tophertaylor), Lucy Rowett (@juiceandjasmine), Kate Moyle (@katemoyletherapy) and Cyndi Darnell (@cyndi_darnell). It is a good idea to follow them! But keeping the conversations going is also down to every single one of us. The more we talk about it openly, the more it becomes common language. I’m hoping that in the future a consent conversation on a first date can be perceived as normal and hot rather than boring and awkward. 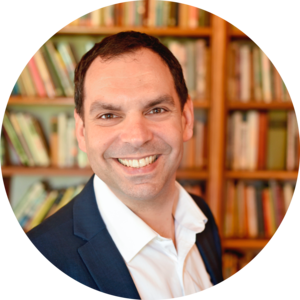