HUNKER DOWN AND LET'S GET COSY

I have a new fav word, HUNKER. It rolls off the tongue beautifully, it is a little naughty (well it is in my mind) and describes a new way of viewing the current situation.

This time, before we board the ‘Corona coaster’ ride, it is less about fear, uncertainty, and complete overuse of the word ‘unprecedented’ and more about channeling the fighting spirit and lighting the way towards the end of this long Corona tunnel.

Hunker, I even looked it up for a definition on dictionary.com,

Slang. to lumber along; walk or move slowly or aimlessly

I’ll take number four and shelter in the safety of my home for a potentially prolonged period of time. I will also take the slang interpretation, as I have discovered recently that a slower way of life is actually rather therapeutic, however instead of ‘walking or moving slowly or aimlessly, I’d like to replace it with:

‘Walking or moving slowly and intentionally’

Back in March 2020 (and I cringe when I remember all my blogs at the start of the year calling it The year of vision, if only we could have seen what was coming) it was different, by being caught off guard and the sudden ‘unprecedented uncertainty’ led to my lovely limbic brain triggering the ‘freeze’ response and its only just started to defrost 9 months later. My goodness I’ve bred a ‘freeze baby’

The ‘flight’ reaction doesn’t stand a chance as there is nowhere to ‘flight’ to, but we are left with ‘fight’, out of the three F’s Flight – Flight - Freeze and it is ‘Fight’ that often brings out the worst in people. It may get things done, but surely there could be another way to nurture the survival instinct more aligned with a core belief system of thriving not surviving. When you think of ‘fighting’ what mental pictures do you conjure up? how does your body feel when you say the word ‘fight’ what emotions does it set off for you? A rise in aggression? An adrenaline flood to get ready for an attack? A memory of an argument or painful experience?

In fact, this came up last week during a coaching session around ‘fighting for one’s rights to…….’  I asked my client if she got tired of all the fighting, and how it was effecting their energy levels. The client agreed, it did nothing but deplete, anger and test their inner core, they disliked the person they became when the ‘fight’ was required to help take action or survive the next round of HUNKER.

They went on to say that it was mental preparation to go into battle, the protective outer layer required to get ready for a big fight and all their energy to focus on all that was bad, all that was wrong and all the injustice. The story that’s played on repeat and never stops playing in ones mind until the battle is done and then there is light.

And that is the point where I stopped and reflected the words ‘then there is light’ for my client to see another method to 'get the job done'.

If we can learn how to light our way through this hunkering period, what could be the benefits?

2. Thriving through the winter

3. Seeing things with the new light, in a new light

I am curious to know how we would feel if we looked at things in a different light. If we took what is in our control and created new pathways and lighter learnings to enable us all to HUNKER down and have a lighter feeling.

And with absolutely no intention to start baking banana bread, binge watching episodes of Tiger King or the need to stockpile toilet roll I am off to shine a new light on my old hunkering daily walk.

If you want to hunker, but still unsure on how, please get in touch to find out how we can work together to build on living a lighter life. 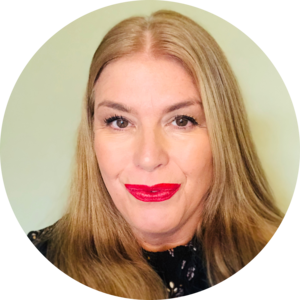 Life & Career Coach /Ambassador, Now it's all about me

I'm Clare, a life and career coach, NLP practitioner and champion of people. My aim is to help bring change, purpose and fulfillment into the lives of those who need it the most, by taking action. Learning to live life in colour and going at a pace that suits.
Follow
Life Labs