Growing yourself at the heart of good leadership

David Smith sees his work as a coach is still contributing to growing good leaders, even though he's no longer in a leadership role. In the first of a series of blogs on leading with humanity, Veronica Lysaght speaks to him about what he considers is the key to being an effective leader?

David is one of many coaches who works with leaders every day. His attitude to working with leaders is very simple and yet not at all easy in reality.

‘I teach this to leaders: If you want to be a really effective leader, the first thing you have to be is yourself.’ His philosophy hasn’t just arisen because of the work he’s done coaching, it comes from his own experiences of life and leading.

We can observe many leadership styles as we watch leaders of countries deal with the COVID-19 pandemic. As I observed the different styles, I found myself curious about how some people lead effectively with clear communication and a focus on the people they’re leading, while others turn up ill-prepared, not listening to science and focused on themselves or their political future.

Academic literature posits there is a correlation between effective leadership and adult development[1].  In other words, the more grown-up you are, the better leader you are. It’s not a surprising finding, but it is one that changes the focus of leadership from what someone does, to who someone is. That leads to another question; what makes some people grow up and others not?

David says for him, it was about suffering. ‘Within a few months, I was made redundant and my sister had died. I didn’t realise it at the time, but I was experiencing many emotions that I wasn’t acknowledging. As a result, it impacted me both mentally and emotionally. I was numb to my own potential to self-destruct. I eventually realised that I had to a change.’

The first step for David was moving away from being a victim in the world and actually seeing that he had an ability to do things differently. ‘I gave myself permission to look at how to find a different peace within me. What the internal peace actually looked like, I didn’t know. I just knew I needed it.’

He began meditating and reading. ‘I knew deep down that I had to somehow find what peace was and in doing so, how I could learn to accept myself more fully so I could function better in the world.’

David also started to challenge the view he’d had of the world. He tells the story of being a prefect at school and how the headmaster ‘…would sit me down quite regularly and tell me my friends weren’t friends I needed to hang around with. I can still hear his words, ‘you can’t hunt with foxes and run with the hounds’. I rebelled at this because I felt he was making a judgment of me and secondly that he was demanding I conform. I took absolutely no notice of him because he was labelling me with a brush I didn’t like being labelled with.’

Now, as an adult, he has been on a voyage of discovery to ‘… allow myself to be myself and to take off the mask that I had been socialised with for most of my life.’

And what difference did an attitude of ‘To thine own self be true,’ make to those around him and those he leads?

‘What I have learnt is to be able to express my compassion in ways that express who I am. It has allowed a greater self-acceptance. I’m far more aware of what goes on for me emotionally and in my thinking. It has allowed me to connect with what I believe is my passion to do what I think I’ve been created to do.’

David has moved away from a deep desire to always be liked. ‘This doesn’t drive me as much as it used to. I am in a much better place, and more comfortable to lead now.’ It has also shaped his view of what makes a good leader. ‘It is so important that number one, you are genuine and number two, you are honest, with yourself and others – which takes great courage.’

In David’s work as a coach, he encourages people to make even the smallest shifts in their world. ‘I teach this to leaders: If you want to be a really effective leader, the first thing you have to be is yourself, be true to yourself and not who you think you should be.’

He notices that there is a lot of fear and anxiety around leading in the world. ‘I work with people who feel over-whelmed, people who have too much work on, people who don’t feel as though they’re competent enough to do their work, even though they might be. And out of that fear and anxiety, comes an inability to actually be able to control what’s going on. It’s almost as though everybody is almost a victim of the organisation. You know, they can’t say no to the work, they can’t say no to working too many hours, they can’t say no to anything, because it will have an impact of some sort, which is where that fear comes in. I see that we live in a world where we feel we lack something in order to be able to truly live and thrive.’

David quotes Viktor Frankl as a way to move forward, “Everything can be taken from a man but one thing: the last of the human freedoms—to choose one’s attitude in any given set of circumstances, to choose one’s own way.[2] 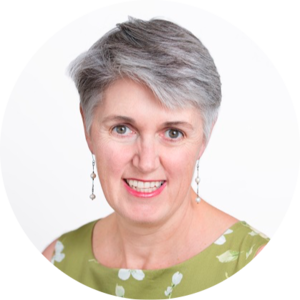