When everyone is facing uncertainty, 'good enough' can reinvent itself and really be in demand.

In April 2020, we are realising things about ourselves, our lifestyles, our society and our planet, that most of us were moving too fast to see previously. The pressures of competition, judgments, performance measurements and comparisons were holding us back, eroding our very being. The drive to do more, better, faster was exhausting us to such an extent that overload was the norm. And we tolerated that.

We tolerated working too many hours, not spending enough time with our loved ones, responding to messages instead of savouring a lunch break, medicating ourselves instead of relaxing naturally, instead of slowing down, instead of allowing creativity to come out to play, instead of prioritising self compassion.

Now, in lock down, everyday living is different. We're slowing down and seeing what really matters. We're immersed in such massive societal changes that life looks and feels qualitatively different. We're finding ourselves grateful for enough. Enough is becoming attractive, desirable. Good enough is no longer making do. Good enough is liberating, spontaneous and wise.

Those things that previously we worried were not good enough? It turns out, looking through today's lens, they probably were. Those things we didn't do for fear of not being good enough? Maybe now we can.

I created a video blog last week. It wasn't a new idea for me but here's what was different -  I allowed imperfection. I said what I wanted to say and got it out there. I overrode much of the criticism I could easily find within; I went live with words and images that were not the highest standard - because of the times we're in.

It was so much more enjoyable.

Perfectionism is not a quest for the best. It is a pursuit of the worst in ourselves, the part that tells us that nothing we do will ever be good enough - that we should try again.
Julia Cameron ~ The Artist's Way

I'm not talking about crafting a piece of work as a satisfying specialism or working through the creative tension of mastering a skill or process or design. I'm talking about recent decades of demoralising scrutiny, the constraining influence of inspectors and managers, individuals who have revelled in the authority of competition.

Yes, we want to develop, correct and learn from our mistakes but let's cultivate and sustain a new respect for good enough with our focus on what really matters. No more fretting over insane amounts of bureaucracy, no more going round in circles attempting to mind-read or translate the demands of a controlling authority.

Maybe that authority is you as the boss of you. Maybe you've pushed yourself hard, demanded more of yourself - to keep others off your back, to please others. Or maybe you have not done what you wanted to do for fear of 'failure' or the judgment of others. 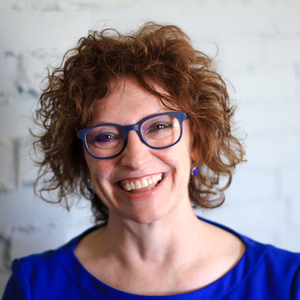 Psychologies Ambassador creating and pioneering self compassion for radical change. ILM Level 7 Executive Coach and Leadership Mentor. Wife, mum, people watcher, café dweller, film lover
Follow
Life Labs
We use cookies to help improve your experience. By continuing to browse our website you are consenting to our use of cookies.
Learn more