Menu
Brought to you by Psychologies
Barefoot Coaches' Channel , Self, Work, How To Achieve Your Goals

How to handle the critical voices in your head

You know sometimes it feels like you have to struggle to think for yourself? Here's why and what to do about it.

Imagine this. Everyone has an internal management committee. Most of us unconsciously run our decisions past a number of influential characters in our lives. We think about what they might think about our decisions and modify our actions accordingly. Who is on the committee? The makeup of the committee is different for everyone. For some, our fathers or mothers may dominate, for others our partners, siblings, bosses, neighbours, or the family pet. The internal management committee can create huge conflicts - when opinions and loyalties differ, who do we listen to? This can tear people apart - often resulting in paralysis. Who do you please? The obvious answer is that you must please yourself first. You are, after all, the CEO of your own life! Should we worry about what others think?

This phenomenon runs to extremes and can be responsible for us making bad decisions.

I went Art College in the 70's with the intention of studying ceramics. Whilst working at Foundation level I had regular pottery sessions, which I loved and which I saw as the preparation for a Degree level ceramics course. However, in the 70's wheel thrown ware had fallen from grace. Slip casting, slabbing and sculptural ware had become more fashionable. One of my tutors - someone who I had deal of respect for - said to me one day 'Peter, throwers are two a penny these days. If you want to succeed in ceramics, you must explore other ways of producing work'. I was 18, and impressionable. It was one of those killer comments that stuck. I was put off throwing, became disillusioned, focussed on painting & drawing instead and chose a degree in Fine Art.

Sometimes this can lead to extremes.

People will refuse to remove themselves from danger in order to protect the people or things they love or for which they feel a sense of responsibility. In the floods of 2014, when confronted with a stark choice, people would stay in a flooded house rather than abandon a pet. So now to the real point of my story. We are all born with a seed of something or other within us - a seed of honest potential - the thing that, if allowed to bear fruit, lets us forge a meaningful pathway in life and to feel we are being true to ourselves. All too often - a well-meaning person of importance - parent, spouse, sibling, teacher - questions our natural choice. We get knocked off course. We adopt someone else's notion of what we might be or become and end up not doing the things we were put on the planet to do.

A fair number of the people that I coach are troubled by this.

If they have managed to set off down the right route they are often hounded by well-intentioned critics (why don't you get a proper job, isn't that just a hobby, why don't you train as/marry a lawyer etc.)- and if not they feel at odds with the role they currently occupy because it's not their true calling. From a coach's point of view, it's a difficult one to set straight. It's no accident that people often re-confront their thwarted creativity later in life - as mid-life career change or a plausible retirement decision. Jungian psychology references this in the notion of a shadow life that, unlived and unrealised, re-emerges into consciousness as we get older. No accident then that this can create turbulence not just for the individual but for those around them too. It's vital to be yourself, not what others think you should be. It's also important not to allow others to infect you with their 'impossibility' mindset. It may sound cynical, but I think that many critics speak from a baseline of their own thwarted ambitions.

Does any of this resonate with you in some way? Has your progress been impeded by others? Or do you recognised the protective 'parent' behaviour in yourself? The first bit of progress I think comes in simply recognising that these issues affect you in some way. The next comes in figuring out what, if anything, you need to do about it. Some simply recognise, shrug their shoulders and move on. Some seek out positive thinkers - radiators, I call them - to benefit from the mutual encouragement, support and accountability that comes from sharing plans and ambitions with others who are in a similar process of change. Some get stuck, and the stuckness is a source of real discomfort. Symptoms include a sense of not being true to oneself, of being out of step, of wading through treacle.

Real energy and motivation come when personal goals, values and what you are doing with your life are all aligned.  Your individuality and unique creativity need to be celebrated, practised, unleashed. Doesn't matter if you are 7 or 70 - if it's in you, let it out. Whatever happens, don't let it be someone else's thoughtless but well-intentioned words that stop you or put a brake on your practising your craft to the best of your abilities.

Your internal management committee – an exercise

Grab a sheet of paper and some pens – big enough to make a drawing or mind-map on. Different people approach this exercise in different ways, so don’t worry if you feel like you want to adapt the instructions.

Draw, or write a figure that represents you in the middle of the paper. It might even end up looking like the drawing at the top of the page. Then, step by step, add all the characters that seem to have an influence when you’re making decisions. Some of these may be real people – relatives and children, colleagues, friends. One or two of them might be pets or dependent creatures. (I had a beautiful black Burmese cat called Maus. He definitely had an influence when I was thinking about taking a holiday or planning time away – if you have a pet, you’ll know exactly what I mean).

Some may be bits of you that seem to have a life of their own – the persistent procrastinator or perfectionist – or maybe you have an internal superwoman/man that expects far too much of you.

Map out all the characters you imagine. Consider each in turn. How important are they to you? Do they have too much or too little say in what you do? Do any of them stop you doing things or being yourself?

Think about how you might want things to change.

Next – imagine each of them has a volume or brightness control that you can adjust.

For example, my Dad is a powerful character in my life despite the fact that he died about 30 years ago. He was my ‘risk assessor’ – he’d lived through the war years and was highly risk averse. Sometimes he tries to stop me taking risks. If I feel his influence is too great, I imagine turning down the volume control and mentally saying, thanks Dad, but I don’t need your advice today. Then I can go ahead and do what it was that I wanted to do. The cool thing is this – sometimes his influence is exactly what is required, and I need to leave the volume control alone.

Take some time to do this exercise and notice what the results tell you.

If, like me, you are a freelancer or run your own small business - and you struggle with confidence in a number areas of your business, you might like to check out my Confidence Toolkit.  It's on offer right now for £32.40 if you use code FIRST100 at the checkout. Here's the link: https://the-art-of-work.teacha... 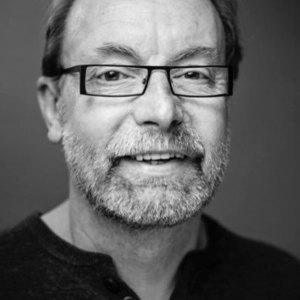 Coach/Speaker/Writer, The Art of Work

I work with quiet, thoughtful and purpose-driven individuals to help build confidence in both life and work, for example by supporting them to find a voice, speak up, pitch or talk in public without feeling intimidated by louder voices. As a reflective person myself, I'm drawn towards working with others who find the cut and thrust of everyday life to be a challenge. I also help business owners work out how to promote themselves and build an audience for their work. I'm a graduate of the acclaimed Barefoot Postgraduate Certificate in Business & Personal Coaching, and I now teach for Barefoot. My book - The Art of Shouting Quietly - a guide to self-promotion for introverts and other quiet souls – has sold in 25 countries around the world. I'm very experienced - I have 15 years of track record as a mentor in the Creative Industries prior to training as a coach in 2008. Please don't hesitate to get in touch - I'm always happy to talk with you about coaching/mentoring on the phone - with no obligation.
Follow

No more self-sabotage. Stand up to your inner critic