We all have a darkside to our personality, we flow from light to dark this is what makes us whole. In this article we explore what what I mean and what the benefits will be if you understand the relationship between the two.

We tend to avoid taking time to think about the darkside of our personality and talking about openly with others is definitely not something most of us are comfortable with. Yet there is so much for us to benefit if we do.

What do I mean by dark and light side of our personality, or as someone referred to it recently was their shadow and light side, it’s about all aspects of our personality and behaviour? The light side being the aspects that have positive impacts on ourselves and others, the darkside being those part of us that often seem to just happen and don’t have a helpful impact on others or ourselves.

For example, I might be described as being fairly independent, this can flow into the shadow side of my personality if I become so independent, I try to take all my issues on and don’t ask for help and support. This behaviour isn’t that helpful, I learnt a lot about this when I went through my struggles of living with an alcoholic over 20 years ago.

In Taoism the yin and yang: Two halves that together complete wholeness. The dark swirl is associated with your shady side, the yang the light swirl represents the sunny side. It is the concept of duality forming a whole.

Illustrated well in this poem;

When see things as beautiful, ugliness is created.

When people see things as good, evil is created.

Being and nonbeing produce each other.

Difficult and easy complement each other.

Long and short define each other.

High and low oppose each other.

The yin and yang is not static, it flows and changes with time. The summation of yin and yang form a whole, one effect of this is as one aspect increases the other decreases to maintain the overall balance of the whole.

If we take this into understanding  our personality and behaviour, accept that we have both aspects that make us whole and embrace both sides we can learn from exploring them further. From this understanding it gives us the ability to manage which aspects we want to increase, and which we want to decrease. If we don’t understand the shadow, then we only have half the information and this prevents us fully understanding ourselves and how things flow from one to the other.

I had a client, a Director, who was really passionate about what they did and had a really positive and motivational impact on their team,  light side. This passion when demonstrated in their dark side was frustration and annoyance which were overtly demonstrated in the way they behaved. Having the total opposite effect on their team. As we explored this and started to understand more about her yin and yang personality, we were able to work on what it was that triggered the movement from the light to the dark side of their personality. Once the triggers were identified they were better able to be prepared and manage their frustration and annoyance, so the behaviour demonstrated remained in the light side which had a more productive effect on the team.

In a recent leadership team development programme I got the team to share the dark and light sides of their personality, some were known by others and others were more hidden and they didn’t realise what might being on underneath. As well as increasing the individual members of this team’s self-awareness, it also helped create a deeper appreciate and understanding of each through sharing these aspects, helping the team be more accepting and kinder to each other when the dark aspects still emerged. Having spoken about them out load it was no longer a taboo subject, so people were more able to raise aspects with each other.

Be brave and take sometime to explore your dark as well as your lightside, embrace them both they are what make you whole. Understand how one flows into the other and what is it that triggers them to move from light to dark or vice versa. Share your insights with others, those close to you are probably are aware of your dark behaviours already, being open about them often generates more compassion and understanding which leads to increased support.

Let me know how you get on I’d love to hear your insights and what these insights have led you to. 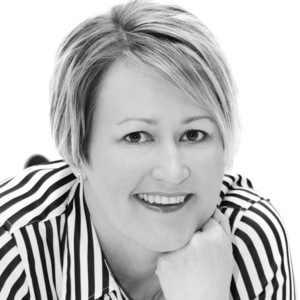 Fe Robinson, Psychotherapist
The Only Way to Thrive in these Challenging Times
Barefoot Coaches' Channel , Self, 360me, The Happiness Club , The Great Wake Up, Work, How To Achieve Your Goals, Money, Family & Relationships , Women in Business Expo TV

The Only Way to Thrive in these Challenging Times