Menu
Brought to you by Psychologies
Psychologies Ambassadors , 360me, Work, Family & Relationships

Waterpolo anyone? By Jenni Cole

Growing up in South Africa, water polo was part of our life and culture and I was thrilled when I was able to start a club at my son’s school.

It was fascinating watching a group of boys age 12 - 15 work out how to play. The physical side is a skill set they can learn - but it is the mental side of the game that is the journey.

It soon became apparent that the difference between playing well or poorly was closely linked to the brain matter between their ears.

Players realised that how they made decisions and mentally executed them was critical.  Were they able to stay calm and composed when under pressure by the opposition?  Did they get too nervous and flounder the ball?   Could they stay focused and let everything else go?  Were they able to keep their concentration levels up for the whole game?

When mistakes were made, could they let them go and move on – get their head back into the next series of plays?  Who was letting anger and disappointment disrupt their play and who would berate their fellow players?  So much was seen and experienced in that pool!

And then there was the social side.

Waterpolo is fantastic fun. We have loads of laughter, horseplay and interaction throughout the session and watching players climbing out the pool, all I see is a sea of smiling faces.

If you’re not part of a team sport - think about joining one. It is such a positive experience and can have a profound impact on your mood and mental health. Exercise is one of the key ingredients for a healthy mind - and team sports adds another whole level of benefits.

There are so many options to consider -why not try one? 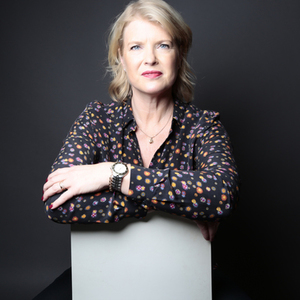 We help people in the workplace to become aware of their own impact and choices in their lives. What do we need to do to help ourselves and others to be in better place emotionally? How do we look after our mental health? Mental health and emotional wellbeing is top of the agenda and this is what we work with. The effect in our personal and professional lives is immense.
Follow

Finding the courage to feel
UKCP Therapists' Channel, Self, 360me

Fe Robinson, Psychotherapist
Who Are Your Cheerleaders?
Psychologies Ambassadors , Self, 360me, The Great Wake Up, Work, How To Achieve Your Goals

Gaelle Berruel
Refinding your connection
UKCP Therapists' Channel, How To Save Your Relationship, Family & Relationships