Brought to you by Psychologies
Barefoot Coaches' Channel

How do I set goals?

Setting goals allows us to design the future we want. Here's how to do it

Goal. A little word that can have a big impact. Few of the individual success stories we hear - from JK Rowling to Oprah Winfrey - could have happened without goals.

So why is setting them so important? I've found, through coaching clients and using goals myself, that the simple act of writing down what you want to achieve makes it real. It's almost as though you can see your desired outcome in front of you, within touching distance. Goals allow us to design the future we want, rather than leave ourselves at the mercy of chance and other people's agendas.

What's more, a well-set goal will always say something profound about you. It will express your core values in a way that makes taking concrete steps towards the goal intrinsically pleasure - because you're doing what you deeply desire.

So how do we set goals? Here's one technique I've found useful. Developed by coaches Joseph O'Connor and Andrea Lages, it's about starting with the big picture. First, you set long-term goals. This then makes it easier to decide the short term goals that support them.

To start with, make a 10-year goal in each area of your life, such as:

Then, work out which of your core values the goal is expressing. For example, I recently set a long-term health goal of being able to run a marathon within 10 years (when I'll be 50). The superficial reason behind this goal was to motivate me to keep my fitness up as I get older. But then I asked myself: what will being able to run a marathon really get me? The answer, I realised, is freedom - a value I strongly associate with being outdoors and using my body. Understanding this makes pulling on my running shoes a far more  enticing prospect, even if it's pouring with rain.

The next step is to check whether your goals meet the following seven golden rules. Ask yourself:

1. Is the goal expressed positively?
'I want to get a promotion' works much better than 'I don't want to be passed over for promotion'.

2. Is it specific?
'I want to give up smoking within six months' is more motivating than a general goal to quit.

3. Does it include evidence?
If your goal is something abstract, such as 'to be a better parent', decide in advance how you'll know you've succeeded. It could be: 'I'll know I've reached the goal when I have more positive than negative conversations with my child.'

4. What resources do I need?
This could be time, books, people to help me or role models.

5. Am I being proactive?
A well-set goal will involve me taking action rather than waiting for something external to happen. If I want to be fit enough to run a marathon at 50 I'll need to take steps on that journey myself - by getting out running.

6. What are the wider consequences?
For example, how will my goal affect those close to me? Will working flat out for a promotion mean I don't see my family?

7. What is my action plan?
Without this, a goal is just a vague ambition. An action plan specifies the real-world steps you need to take to make it happen.

If your goals pass these seven tests, start building in shorter-term ones to support them, starting with five-year goals, then one-year goals. This gives you a map through life to guide you to the future you want.

Perhaps the most important thing to remember when setting goals is to be kind to yourself - by granting yourself the time and space you need to achieve them. As a girl, Oprah Winfrey had a goal to be a teacher 'known for inspiring my students to be more than they thought they could be'. She of course ended up inspiring a lot of people. But her success took many years and plenty of setbacks.

Let's face it, life's unpredictable and our goals may evolve over time. But as long as they express something meaningful about us, the simple act of writing them down - and turning them from dreams into something tangible - is a powerful first step. 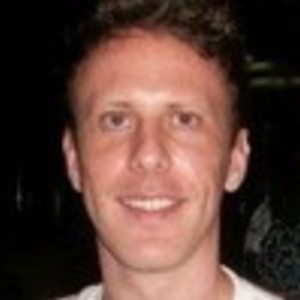 What do you really want from life and how can you get it? As a trained business and personal coach, I can help you find the answers. Whether you are looking to build your confidence, have a big dream but are unsure of the next step or are seeking ways to juggle work and quality family time, I offer a tailored package that will help you make your personal vision a reality. I have 15 years' experience of working in the national media and of working with parents of children with autism. My approach is to focus on you as a complete person - not just your current role, such as a job or parenthood. We will meet regularly, face-to-face or by phone, and I will support you, challenge you and provide you with a framework to make lasting change. We will explore how you view the world, what you truly value and any patterns of thinking that are holding you back. A member of the International Coach Federation, I have completed the Barefoot Coaching course in business and personal coaching. I use a variety of techniques, such as Transactional Analysis and Neuro-linguistic Programming, to help you bring out the best in yourself. Most of all, I believe unconditionally in my clients' power to improve their lives. Are you ready to give it a try?
Follow

Julie Leoni
Guided Visualisation | Vision for 2022 | Shamanic Journey | Connecting with Our Higher Self
Barefoot Coaches' Channel , Self, 360me, The Happiness Club , The Great Wake Up, Work, How To Achieve Your Goals, Money, Family & Relationships , Women in Business Expo TV