WHAT DO YOU SAY AFTER YOU SAY GOODBYE?

It's the morning after the weekend before and my head is feeling completely full of numbness.

Now if you had asked me a year ago that it was possible for me to spend the best part of 15 hours saying goodbye to some random people I met on a course, I would have definitely said ‘Bye!’ cos I would have said you were mad.

If you’d caught me on a good day, I may have recommended you get a hobby, or a Netflix series to binge, or bought you a drink and asked if you were OK.

Thinking back, the fact that I didn’t really appreciate the value in a ‘good’ bye, rather than just a bye, is of no surprise. To date, some of my standout ‘Badbye’ highlights are:

Leaving home for the first day at University: Mum stood firmly in her slippers behind the gate, arms folded  as my best mates Mum got ready to drive me and all my stuff to Cardiff.

Gilly asking me if I was sure I didn’t want to give Mum a hug before we head off.

Me: “No, we can go now, please thank you”. (then me noticing Gilly's wet eyes in the rear view mirror with wonder).

Leaving a job, a group of people and career I loved and cared for: Walking out the door one sunny evening. Never returning. No goodbye. No £200 behind the bar. No hugs, no cake. No shame. Nothing. My choice. Apparently.

And virtually every party I’ve ever gone to: 20 minutes in with empty glass in hand: “I’m just nipping to the loo, 2 mins” and then promptly putting my coat on, walking out and getting into the Uber with a full body sense of relief. Always invite me to your party, I’m a cheap guest.

My justifications have always been, of practicalities. “Oh it will take 3 hours to say goodbye to everyone” “People are busy” “She’s fine!” but I’m now wondering what it’s really all been about.

Why are we so terrible at saying goodbye? Is it just a British sense of ‘stuff and nonsense - get on with it’? Is there something inside the metaphor of growing that doesn’t allow us to stop and take stock? Has the speed of society and our need to ‘Move On’ dictated that pausing to reflect on what was and what will not is time wasting?

The credits roll after a good movie you’ve just watched with someone. Even though you could feel all the stories coming together and the tone and style of the movie drawing to a close (and you’ve checked the runtime to ensure you can be asleep by 11), the significance of the words means that we accept, we acknowledge, the actual ending. THE END.

We turn and face the other person and say “Well, what did you think? / Well, that was a load of shite / Well, I knew it was her all along (or in my Mum’s case “Well, I’ll put the kettle on).

Then there is the liminal space. The space where the exit music is playing over the rolling credits, acknowledging all the people, the time the hard work and the energy that has gone into production. There may be a little section of ‘bloopers’ self referencing the ‘fun’ the cast in the making. And there is us, the audience, very much part of the film, left with a residual experience of thoughts, emotions and ideas. We are effected. We have been educated in some way, however light or obscure. We sit in this moment, even momentarily and we reflect. We CAN do this stuff.

Have you ever noticed those people that get up and leave the cinema the second the film ends? There aren’t many of them. But even though they are leaving, they are still affected by The End. The rest of us sit in it, wondering what just happened to us. Have you noticed they don’t bring the lights up straight away? (annoying when you know your phone has slipped down the back of the seat somewhere and you are terrified that everyone is going to see how much popcorn did not make your mouth). But the atmosphere keeps us here. Keeps us, in the end, wondering what just happened.

So here I am, wondering what just happened over the weekend. And in fact, over the last year. A whole year. Blimey. What’s changed?

These punctuation marks in time are useful. Our brains can organise these chucks of experience. These people, these feelings, what’s new, what’s old. Our brains collect it all up and can begin to put it somewhere safe.

I have been taught how to End. I have understood that to ‘End authentically’ will allow the positive and ‘clean’ space for the next beginning, and it’s actually very commonsensical. There is nothing new about endings.

But the key thing? The key thing is to sit with it. To stay in the feeling. To acknowledge. To credit. To see and be seen. To celebrate. To share tokens of completion, or souvenirs or cards or certificates. To recap and reflect. However hard the ‘content’ has been, however much your impulse is to head to the bathroom and climb out that tiny window. Stay.

Stay. For as long as it is more than uncomfortable. Let you body, mind and awareness stay with the very real experiences of detaching. And no, that doesn’t mean saying things like; “Our paths will cross” or “See you later” cos, No. No you won't. You’re off. They’re off and yeah, life is busy, so let’s honour what we have done here. Let’s honour what we have exchanged. Let’s honour each other and say GoodBye. Because trust me, you’ll have to do it one day to the people you love the most and unless you’ve got some practice under your belt, that BIG goodbye at The End is going to come as more of a shock that we realise.

So what do you say after goodbye? Be honest, how awkward do you feel when things come to an end? What’s your strategy? And are there any news ones you could play about with?

For me, I’m just going to stay put. I’ve always thought that ‘leaving’ is much better than being ‘left’ but I don’t want to be That Guy running out of the cinema. Self importantly pretending that my schedule or my ideas or me emotions are too busy to be dealing with this shit. So, after goodbye, I’m staying put. Full of gratitude for what has passed, but of course, timing it perfectly so that people don’t see that I’m covered head to toe in popcorn sobbing my eyes out. No no, thank you and goodbye. 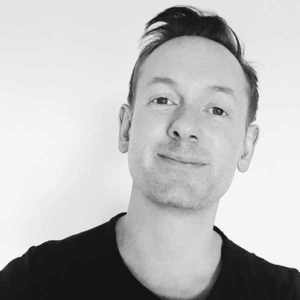 I am obsessed with communication. How we do it, why we do it, when it goes wrong and when it goes right. Humans and the spaces between them are what keep me alive. Coaching is Relationships. We are Relationships. I firmly believe that, by keeping things simple and intuitive is what makes for great work. My approach is to encourage self awareness from the people I work with. I foster an environment where positive, healthy, compassionate challenge is possible. ICF PCC accredited, student of Transactional Analysis and life long learner. Behind me is a 15 year career in TV Production. Back then, my big goal was to work for the biggest show in the world, so that's what I did. Big and spectacular was important to me then. I understand what it is to have a burning gut of ambition. I then realised in 2016 why I did a BA in Communications. I then added a Foundation to Counselling Diploma to my tool box, and the learning journey continues.
Follow

Louise Rodgers
over 2 years ago

"But the key thing? The key thing is to sit with it. To stay in the feeling. To acknowledge. To credit. To see and be seen. To celebrate. To share tokens of completion, or souvenirs or cards or certificates. To recap and reflect. However hard the ‘content’ has been, however much your impulse is to head to the bathroom and climb out that tiny window. Stay." Beautiful.....