Brought to you by Psychologies
UKCP Therapists' Channel, Self, Family & Relationships

I love stories. I read and re-read my favourites and watch my favourite films over and over again. I love being swept along in lives of my favourite characters as they make decisions and take actions.

The very first time we encounter a situation we have to make sense of what is going on with only the information we have at the time and the person we are at that point in the story of our life.

We make decisions, good or not so good. If everything works out ok – doesn’t have to be perfect, in life “ok” is usually good enough – then we will probably do the same, think the same or feel the same the next time something similar happens. After all, we know that it worked, or at least that it worked well enough.

When the next time does come – and often we ‘know’ this because we get a feeling that we recognise – we may follow the same decision making process and do the same kind of things again. If things turn out “ok” again – then the next time we encounter a similar situation we will take a similar path. And so on. And so on.

Eventually, our path becomes reflex and we don’t think about what we do, we just do it.

This works really well for learning to brush our teeth or use an ATM. It works well when our pattern of response takes us to a ‘good’ place or gets us a ‘good’ result.

It works less well when we end up feeling not-so-good or get responses from others which leave us feeling confused, angry or afraid. And yet, we may choose to do the same things again and again getting the same feeling and same response, ending up in the same not-so-good place.

We can look again at the event or series of events that might have started our pattern of response. We can look at our story from a new and fresh perspective. We can look with a new perspective because we are not the same person we were. We have grown, learned new things and have many different experiences on which we can draw.

When we perceive things differently then we can feel differently and make different decisions. We do not have to follow the same patterns of thinking, feeling and behaviour from the past. We can do something new, something different, something that gets us to a “good” place.

We have given ourselves choice. That seems hopeful to me.

In my next article I’ll look at a common pattern of behaviour, the Drama Triangle, and ways to extricate ourselves from living and re-living less-than-helpful patterns. 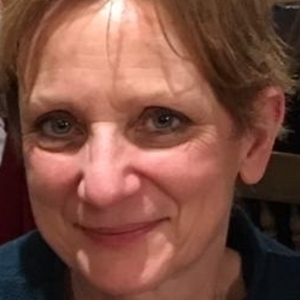 Emma Azzopardi UKCP
over 2 years ago