Menu
Brought to you by Psychologies
Barefoot Coaches' Channel , Work

What Icarus can teach us about global leadership

Remember the myth of Icarus? As I’m sure you know, he’s the guy from Greek mythology who sparked the idiom ‘don’t fly too close to the sun.’ The story warns us against hubris – the arrogance of thinking we are like Gods.

There's never been a more relevant time to learn – or relearn – what Icarus can teach us. As I'm in the mood to pontificate, here's my take on it.

Icarus as a message for the future of our species

As humans in the West, dominated as we are by our hyper-individualism and profit-driven intellects, we continue to see ourselves as somehow above nature. No matter how much we talk about this being a bad idea, we act like the planet exists solely as an exploitable resource. Surely a myth like Icarus reminds us once again to wind our collective necks in and start seeing ourselves as the right size on the map. We’re not more important than mountains or rivers or tigers or butterflies. We’re not separate from nature. We are part of it. We don’t act on the environment. We act within it.

In the parlance of the day, this ‘othering’ – not just of ourselves from other humans we think aren’t like us, but of ourselves as a species from the rest of the planet, is probably the greatest threat to our survival. We need to somehow rise above our tribal instincts and embrace our common humanity.

What’s this got to do with you and your work? Everything. To steer us through this we’re going to need a lot of emotionally intelligent leaders. People whose self-awareness, resilience and compassion come as standard.

The leaders we need don’t use arrogance or anger to mask their vulnerabilities. They don’t project their weaknesses onto others. They also don’t work only for themselves and a profit. A first step is to teach our young leaders and even children at school to value not just their intellect, but also their creativity and their heart. After all, the best decisions are usually made by involving all three of them.

Icarus as a call to fly higher

There’s another often forgotten side to the Icarus myth, which Seth Godin helpfully pointed out in his book, The Icarus Deception. As well as warning him not to fly too high, Icarus’s father, Daedalus, also warned Icarus not to fly too low – as the seawater would ruin the lift in his wings. Godin makes the point that many of us take the low flight path because it appears safer. In essence, we think the best strategy is to keep our heads down and stay mostly in our comfort zones. In the process, we leave a huge slice of our potential on the table. As Godin says, ‘We shortchange not only ourselves but also those who depend on us or might benefit from our work.’

Taken together, these two ways of looking at Icarus give us a clear way forward. Yes, we should stretch ourselves and strive to make every leap we take as high and as far as possible. But we should do so from a launch pad that recognises and respects our interdependence on everything around us. Every action we take has potential benefits and consequences – for you, your community and the planet. 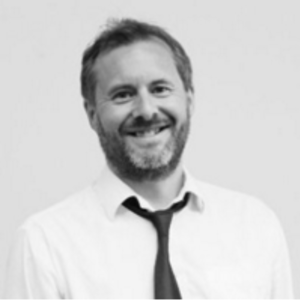 I’m a qualified coach with an MSc Psychology. Before moving into coaching and consulting, I worked for 15 years in advertising as a copywriter and creative leader. So if you’re in the creative industries – advertising, marketing, media, technology – you’re probably more my target audience.
Follow

Why self-care should be part of your daily life

Four toxic behaviours that ruin relationships and how to prevent them

Beverly Landais PCC
This Will Make You Stronger And Wiser
Psychologies Ambassadors , Self, The Great Wake Up, Work, How To Achieve Your Goals