Menu
Brought to you by Psychologies
Self, 360me

Why it's great to recycle in psychotherapy

Recycling is fantastic for your psyche. The very things that disturb and bother you carry within them the seeds to what you most need. Don't just get rid of your problems- recycle them! In this article I explain why and give an example of how it can happen.

In my practice I see two kinds of clients. There are those who come because they are struggling with something and want to find deeper meaning and understanding; and those who come because they are struggling with something and just want to get rid of it. Wanting to get rid of problems is an understandable desire- and something I take seriously in my practice. However the work is much more rewarding for both the client and myself when there is also an interest in what is going on. ‘Interest' doesn’t automatically mean we need to go through the client’s entire childhood history. The difference that interest makes is mainly a broader matter of perspective. Clients who are interested in what is going on assume that life is not a constant smooth journey. They expect difficulties. They of course also have a desire to change something that is troubling them- but they bring an additional desire to be more resourced when it comes to weathering life’s storms, and to learn from them. They appreciate that the difficulties they face also have the potential to bring more insight and development when engaged with.

Sometimes the most effective way to “get rid of” something, is to recycle it. Here is an example:  a client who came to see me because they were extremely miserable in their life. Inquiring into this it became quickly obvious that they suffered from a persecutory inner figure, that was constantly putting them down and criticising them. So this of course needed to be stopped as soon as possible. We did this by bringing this voice to life more- together we established a character, imagined what gender they had, how they spoke. I invited my client to stand and talk like that inner voice. With support from me they were able to get into that and as they were playing the critic, their whole body posture changed. Their voice was louder; they stood more upright. They even had a smile on their face- the first one I had seen. When I asked what it was that made them smile, they said that it was fun to be like that- they don’t worry about anyone or anything and felt powerful. This is what I mean by recycling. The energy, the zest for life they were missing was completely present as soon as they embodied their critic. I invited them to enjoy the experience. We dropped the content of the critic and instead focused on noticing how it felt to stand and talk and be like that. This became a game changer for my client- they now had direct lived experience of a completely different state- and began to integrate that into their life. Now when their critic started interfering with them, they remembered the experience of being like them and talked back. They were no longer just associating suffering with the critic voice, but using it as a way to recap their power. By engaging more with the problem, they discovered an untapped source of energy which was exactly what they needed.  I want to suggest that this is generally the case- within the very experiences that trouble and disturb us, there are also the seeds to the transformation.

When you are interested in your problems, you also relate more to yourself. When you want to just pop a pill or cut whatever bothers you off, you relate to yourself like a machine that should run smoothly and is currently malfunctioning. Being with yourself like that makes your life incredibly depressing in the long run. You will get anxious and depressed should you ever be unable to work- because your sense of worth will only come from what output you can show. When we get task-oriented and focus only on getting things done, we lose contact with parts of ourself and the world more widely. This is why in my practice I promote an interest in awareness- nothing what is happening, and engaging with it. This way unexpected things happen, you discover more about yourself there is a lot of creativity that emerges from this and it ultimately leads to a more fulfilling experience of your life. 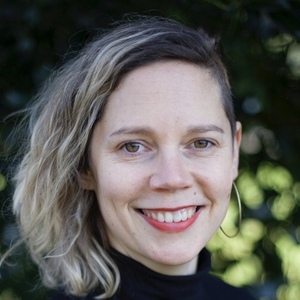 What does it mean to be truly alive? If you are interested in awareness, in finding meaning and connecting to your body then I would be glad to support you. Recycling is a great concept also for your psyche- you can turn the very experience that disturbs you into very fertile compost. I work with humans of all genders and relationship styles. All sexual orientations, ages, ethnicities welcome. I have expertise in conflict facilitation, issues relating to parenthood, self-esteem, depression, anxiety, rank and power, trauma, relationships and sexuality. Therapy can’t exist in a vacuum- we will also connect to how what you are struggling with connects to the collective; how it reflects and is informed by the difficulties of the world at large. I am “sex positive” and kink aware (= I won’t shame or judge you for what you are into). Sexuality is an important part of our lives and we often don’t know how to be safe and free enough to enjoy it. I support individuals and couples to connect to what pleasure and safety means to them. This has huge benefits- it makes life more joyful and actually carries over into many other areas. I’m also “sex critical” - I don’t think sex is the be all and end all - it’s also fine to not be interested in it! I work with the body, the heart and the mind. My practice is trauma informed. Sessions face to face in Horsley, Gloucestershire or online.
Follow

Jane Kirk
about 2 years ago

Just named my inner critic and hoping to have it out with her soon! Advice and opinions from purely critical people keeps you down. Even your inner critic has a sense of humour, if you allow it mindfull time, then listen and turn the sarcasm into giggles.

How Shamanic Energy Healing can help you take back control of your life
Barefoot Coaches' Channel , Self, Sex, How To Save Your Relationship, 360me, The Happiness Club , The Great Wake Up, Work, How To Achieve Your Goals, Money, Family & Relationships , Happiness Book Club , Women in Business Expo TV

Verónica Moreno
Tips for supporting your child at university
Self, 360me, How To Achieve Your Goals, Family & Relationships , Ollie & His Superpowers