Moat Brae is where the young J.M. Barrie and his friends played the games that gave rise to Peter Pan. This magnificent house and garden are about to open to the public as the new National Centre for Children's Literature and Storytelling. In the coming weeks I will be posting blogs by some of the young people who have been involved in the project. First though, I'd like to give a bit of the background.

Back in the 1870s the teenage J.M. Barrie arrived in the southern Scottish town of Dumfries. The following years did much to shape his life and career.

His family life had earlier suffered tragedy, with the death of his brother David in a skating accident.

However he appears to have flourished in Dumfries, helping found the Dumfries Academy Drama Club (which is still going strong today), and making friends. Much of his time was spent with these friends, playing in the house and garden at Moat Brae.

Later he wrote that: “... our escapades in a certain Dumfries garden, which is enchanted land to me, were certainly the genesis of that nefarious work – Peter Pan.”

While Barrie went on to fame and fortune the house suffered a mixed fate and, around a decade ago, was saved by the Peter Pan Moat Brae Trust just three days before it was due for demolition.

Since then the trust, with the very active support of its patron Joanna Lumley, has restored and transformed the property to give it a new role promoting storytelling, literature and imagination.

As a visitors centre there will be loads to see and do and it is expected to attract visitors from all around the world. But at heart, it's really about helping inspiring young lives.

It's about wellbeing, happiness, fulfilment and opportunity.

The team running Moat Brae is committed to the idea that children and young people need to be central to everything they do.

So alongside the physical work of revamping the house and garden there has been a really full and fun programme of activities and engagement, including the development of the JMB Creatives group for under-26s.

They, and many others, have been active in all sorts of way including staging plays, festivals. One girl wrote a letter saying that her dream was to take the first guided tour round the house. So that's what happened.

A while ago Psychologies editor Suzy Walker visited Moat Brae and was impressed with what was going on. She then invited some of the young people who have been involved to write posts about their experiences.

I'll be posting some of these over the next few weeks.

And in the meantime, if you would like to know more about Moat Brae you can take a look at the website here https://www.peterpanmoatbrae.org or even pay a visit. 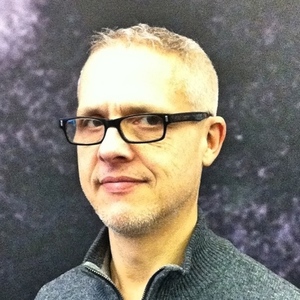 Finding the courage to feel
UKCP Therapists' Channel, Self, 360me

Fe Robinson, Psychotherapist
Who Are Your Cheerleaders?
Psychologies Ambassadors , Self, 360me, The Great Wake Up, Work, How To Achieve Your Goals