Why We Should Cherish Certain Friendships

Friends can come and go throughout our lives but some friendships really are worth holding onto.

On Sunday I drove with Chris and Evie to a nearby village where we parked up by some flats so we could take a walk along the canal.

I’ve passed through the village many times in the last 15 years and have even taken a walk along that canal before then, but for some reason on Sunday I had a lump in my throat and it felt like it was the first time I’d walked past those flats.

Years earlier, as a single carefree 20 something, I use to park in the same spot we’d just parked grab my overnight bag and run into Alexis’s flat excitedly as we caught up on gossip, decided where our next night out might be or just chilled out listening to music in her big double bed with our pjs on.

Funny that I was taken aback at my emotions because I shouldn’t really be surprised. I still speak about her all the time, in fact it was only the day previously when we were in Ikea that I pointed to a reclining chair and proceeded to tell Chris that “Alexis had that chair in her lounge”. Chris never met Alexis, but I’m sure if I asked him he’d say that he felt like he had know her because I have, without trying, managed to keep her and our friendship very alive.

During those years there were a group of us and we all used to have a ball. Anna, Ceri, Victoria, Kate, Jenny and Alexis. We all had our different connections within the friendship group and as a whole, all got on so well.

That particular year, I was single and so was Alexis, so I was fortunate enough to spend more time with her than the others, but had it been any of the previous years and the others might have been closer. In fact the very weekend before her death, we all went to London for a fun packed weekend and what a weekend it was!

Suicide is painful for so many people, and for those left behind it can leave you with guilt, doubt, and sometimes more questions.

Alexis had had her ups and downs over the years, but I have to say…..that particular weekend, and in fact the night she took her own life, I had no idea that that was going to happen. Yes there were other times over the years that she seemed down and I might have expected it, but not then.

That night I’d had a date with a guy, and when I called her incessantly the next day to fill her in on the evenings events (and that he’d actually turned out to be a bit of a weirdo), I couldn’t get hold of her.

And then that phone call. Her dad called me to tell me she’d taken her own life.

Obviously there is so much I could write at this point but I just want to leave it there, as this post is about enduring friendships, and the love that can continue and become stronger after death within our friendships.

15 years on and Alexis is still very much a part of all of our lives. But what struck me most is the bond that we all still have. I’m sure our friendships would have continued despite her death, but I feel like there is a much deeper connection that we all now have. In the first few months afterwards, I remember just before I put the phone down I started saying the phrase “ok see you soon, lots of love”, which I’m sure at first they used to think was a bit over the top, but I didn’t care. It was just an instinctual thing that was something I needed and wanted to say. It’s funny, as now I notice myself saying it to those close to me before I sign off a phone call.  I’ve always been a demonstrative type of person but totally thank Alexis for the way I now value my friendships on a different level.

Today, as I write this I’ve just noticed a text in the corner of my eye from one of the girls on our Whatsapp group wishing Victoria a happy birthday, which made me smile as I think it’s so appt and feel like Lex is still around. Some have moved away and some still live close by. We all have very different lives, but we all still try and enjoy time together and make time for each other.

In Bronnie Ware’s book “Top Five Regrets of the Dying”, the former palliative nurse who has counselled the dying in their last days reveals that the number 4 biggest regret is as follows…..”I wish I had stayed in touch with my friends”.

I will try and hold this advice close to me I continue on my journey through life. I believe friendship is all about respect, space and undoubtedly love. 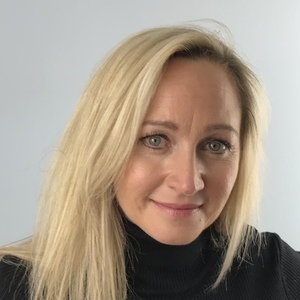 I help women to create and build a life & career they love. If you're feeling stuck, then I can help you to realise that You have the power to change your life. I help you to challenge your thinking. During our sessions we explore your values, vision, strategy and how you can increase your self-confidence, take that next step in your career or drive your business forward. I can help you choose a fulfilling work life, help you have better relationships, and help you to see that life can be everything you want it to be. I have worked with organisations and individuals across many areas including Times Top 100 Companies and Non Profit Organisations, and have a background of over 20 years top performing sales experience working across many sectors. If you'd like to talk to me about where you feel like you're stuck, then please get in touch via my website www.beccaforshaw.co.uk for a no obligation call.
Follow