Brought to you by Psychologies
UKCP Therapists' Channel

The Appearance of Aging

Dealing with the changes in our appearance as we age can be difficult. There are many barriers to talking about how it affects us yet how we look can influence the way we feel about ourselves and how we are perceived and treated by others. We need space to be able to talk about this openly and honestly.

Back in my twenties I remember seeing an acupuncturist who commented on my expression and told me not to frown because I would develop frown lines. In the days, weeks and months that followed I did my best not to frown but it was harder than I expected. I noticed my frowning coincided with when I thought deeply, it seemed to concentrate my thinking. A bit like how when you smile you automatically feel happier. After a while I accepted I was a frowner, choosing my thinking and natural expression over my vanity.

The acupuncturist was supposed to be curing my headaches, his remit was nothing to do with cosmetics but he chose to advise me on my appearance anyway. The clear message was that frowning was unwelcome, lines were bad and I should alter my expressions to avoid them.

Now in my late forties that frown line is making its presence known, and so too are my smile lines, deepening trenches either side of my mouth. Would my acupuncturist have told me not to smile so readily?

This is just one example of the many negative messages we hear around aging and appearance. In my twenties his advice seemed innocent enough, but now as the lines are forming it feels rather offensive. It suggests there is something wrong with my face, the face of a healthy woman in her late forties.

Intellectually I am on board with the idea that women can be pleasing to look at whatever age they are. There are any number of aging women whose style, sass and sincerity I admire but on a personal and emotional level it feels harder. Appearing older is difficult.

It isn’t just wrinkles that we have to deal with. In the past week I’ve had a case of menopausal acne – sore red spots on my chin, apparently textbook menopausal symptoms – and the facial eczema which went away in my twenties and thirties has decided to make a surprise revisit.

The psychoanalyst, Susie Orbach, argues that women learn body hatred from a young age. We quickly come under pressure to conform to an ideal body type – one we all recognise. Even the aging celebrity women we see tend to reflect this ideal, are frequently photoshopped, have access to expensive beauty treatments and set an ideal which can make the rest of us feel like failures.

The world we inhabit today is different to the world of our mothers. Cosmetic surgery was far less common and the range of treatments on offer was smaller. We are faced with different choices and pressures; to age ‘gracefully’ or take steps to extend our youthful appearance. Pressure and judgement comes from many directions, from both men and women. If we fail to retain our youthful looks we can be judged as letting ourselves go but if we try too hard to maintain them we are also judged – mutton dressed as lamb. When cosmetic procedures go wrong women are mocked and shamed for their vanity. It seems that whatever choices we make will invite criticism.

As a psychotherapist I am interested in how we can deal with this. Few women seem to talk about it openly, perhaps because we have learned only to talk about our appearance in negative terms. Sure, we will happily and jokingly decry our flabby legs or bingo wings but this cage of negativity prevents us from being more honest about the things we like about our appearance, and how many of those things are changing. If we cannot be honest about what we like it is harder to acknowledge their loss when they are gone.

It gives me pleasure when I hear a woman say they like their appearance, but it is rare. It feels taboo to say so, most of us have been brought up to be modest and don’t want to risk sounding vain or arrogant. It is a dangerous thing to be confident about your appearance. Ask yourself, how comfortable are you saying you like how you look? How comfortable would you be saying it out loud?

Some of these attitudes are being challenged, there are media campaigns that celebrate diversity in women, but it takes time for things to change, and it is challenging to change against a backdrop of mixed messages.

Many older women who look back at photos of their younger selves are struck by how attractive they were and regret they did not appreciate it at the time. They only saw the problems. It is the distance of age that allows them to see it. Perhaps this is a lesson to us as we grow older, to appreciate who we are NOW in this moment and to put aside our criticism. If we don’t we miss out on our own beauty, and most importantly, our own definition of beauty.

Recognising our attractiveness also helps us to deal with the loss that we feel as our appearance changes. It is well recognised that change is challenging, it is about letting go and welcoming in the new. We need to do both.

The fact is that changes in our appearance can affect us in many ways and it is important to acknowledge how we feel about it and talk about it honestly.  So, get thinking and don’t worry about the frown lines.

If you are a woman and interested in exploring midlife issues further you can visit www.ameaningfulmidlife.com 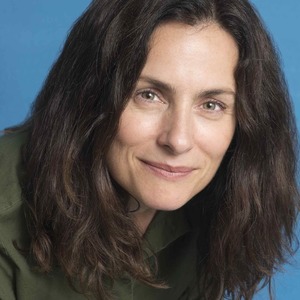 I am an experienced Gestalt psychotherapist and work with a range of issues including midlife, highly sensitive people, Third Culture Kids, depression, anxiety, relationships, identity, low self esteem, existential questions and more.
Follow

Brian Martin Shand
Perceptions are meant to be useful
UKCP Therapists' Channel, Self

Perceptions are meant to be useful

Extending your flexibility without losing your ground