Menu
Brought to you by Psychologies
UKCP Therapists' Channel

Symbiosis and a re-enactment of the past?

It was the Schiffs who brought the idea of Symbiosis into the TA canon of literature in the 1970s - especially with their collection of works under the title of "The Cathexis Reader". Symbiosis is a wonderful model to help the therapist and potentially their client understand a process or moments in a relationship where the individual does not fully account their own potency - and their own ability to care for themselves.

Symbiosis is an expression that can come from the biological kingdom.  It describes a relationship between two or more entities - where each entity is dependent upon the other for survival.  An example might be a shark, and the small feeder-fish that travel through the oceans with it.  The shark is dependent upon the feeder fish to remove parasites and barnacles and to keep its teeth clean.  The feeder fish dart in and out of the crevices of the shark, removing dead and rotting material and keeping down the bacteria.  Meanwhile the feeder-fish depend on the shark to access food and to shred it for their consumption.  A similar example might be a Hippopotamus and it's companion birds, that travel with it - removing leeches from its body and keeping it clean - a shiny, clean hippo!

In psycho-therapeutic terms we can think of benign, developmentally appropriate symbiosis, and then more pathological examples that demonstrate unhealthy dependency, or the inability of a person to develop their full capacity to think, feel and take care of themselves in the world;  learning to look after self and to manage to connect and to be in contact with others.

In Transactional Analysis we think about unhealthy symbiosis occurring at two developmental levels:  1. First Order Symbiosis:  This is where one half of a couple does all the "big, grown-up stuff".  This involves looking after the house insurance, paying the bills, working, taking responsibility - but maybe having lost some of the capacity to play and have fun.  The other half of the couple is the one who plays, is perhaps a bit immature, takes less responsibility and so borrows parts of the other to complete themselves and to function in the world.  This is First Order Symbiosis.

I always think about a parliamentary male minister who has been arrested for some sexual misconduct on Hampstead Heath!  They have done the big stuff, looked after the nation, their portfolio, their partner perhaps, their children etc - but they have failed to care for the little vulnerable part of self - and so seek solace with a paid worker to soothe and attend to that little part of themselves.  Psychologically they are seeking another to move into Second Order Symbiosis with them, and to care for that abandoned little part of self.

The way to move out of symbiosis is to notice which parts of self we borrow from others, which parts in life do we not fully account or take responsibility for.  In what way am I borrowing parts from my partner, friend etc and how could I actually learning to care for myself from within me! 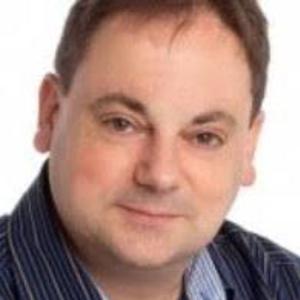 Hi there - I am one of the directors of the TA Training Organisation and I am passionate about Integrative, Humanistic and Psychodynamic psychotherapies. A typical week for me will include presenting workshops and training on counselling and psychotherapy, as well as working one-to-one with clients. I am passionate about being a supervisor and regular offer clinical supervision for individuals, groups and organisations. When I am not working you will find me walking on ancient paths across the UK or perhaps writing a poem or two!
Follow

Not all trauma symptoms are dramatic
UKCP Therapists' Channel, Self

Fe Robinson, Psychotherapist
Refinding your connection
UKCP Therapists' Channel, How To Save Your Relationship, Family & Relationships