How to be a confident decision-maker

High levels of change and ambiguity usually mean lots of decisions need to be made. This can feel daunting when you are guiding your organisation or team through the fog.

Just the word decision sounds so final, as though once made it cannot be undone and you’re stuck with the consequences for good. Being a great decision-maker is seen as an important quality in leaders so the pressure can really pile on in fast-changing, uncertain environments.

Reflecting for a minute on what a decision actually is, can be liberating in itself:

The Oxford dictionary defines a decision as “a conclusion or resolution after consideration” – now that doesn’t sound quite so set in stone.

The Cambridge dictionary defines a decision as “a choice that you make about something after thinking about several possibilities” – now that sounds even more appealing – this is about choosing something now, given what I know, and I can make a new choice if and when more information turns up or something happens that isn’t what I expected.

Good decision-making is usually thought of in terms of our cognitive ability, our IQ. But there is another crucial aspect of good decision-making and that is our emotional intelligence (EQ). EQ is about our ability to be aware of our emotions, assumptions, beliefs, those of other people and then being able to flex our behaviours to reach the best possible outcome.

The good news is that in contrast to IQ we can develop our EQ over time and this has proven to be crucial in high change environments. The EQi 2.0 assessment developed by Psysoft breaks decision-making down into three areas

Problem Solving – the ability to find solutions when emotions are involved

Reality Testing – the ability to see things as they really are

Impulse Control – the ability to resist or delay impulse to act

So how can you become a confident decision-maker when the stakes feel high?

Remember that making a decision is simply making a choice, after considering possibilities. Often you can change course or take additional actions at a later stage when you have more information. This does not make you indecisive, it makes you adaptable!

2.   Be aware of what you really want

Be totally honest with yourself about your motivations. What is it that you really want to achieve by making the decision? If you could have anything happen, what would it be?

Write down the different factors that are important to consider when making the decision. There will be some tangible ones like cost, time, resources but consider other factors that may be just as important if not more so such as wellbeing, impact on other people.

To make good decisions it’s important to surface all the possibilities, not just the obvious ones. This is usually done most easily with at least one other person, ideally someone who brings a different perspective from your own. In business it’s wise, wherever possible, to include some people who will be impacted by your decision.

This is a step that is usually missed. Acknowledging your emotions that are triggered by the different possibilities helps surface any biases you have. This is where truly emotionally intelligent decision-making starts to happen.

Depending on what comes up for you, reality testing is then a helpful step to check-out your assumptions and beliefs about the different possibilities. Again it’s best to involve other people at this stage including someone who is likely to see things differently from you.

Now you’ve got the possibilities and the facts in front of you, you can rank your options. This is particularly helpful when all of the options seem tough. Searching for the "right" decision is often futile, it's about choosing the best possible course of action.

There maybe a clear winner at this stage, but sometimes the top couple of options are looking right for all kinds of reasons but are also the most frightening. If that’s the case then playing out a worst case scenario can help engage your logical brain and settle some of the fears.

Having played out what could go wrong you can put steps in place to minimise the chances of it happening. These can include having a review date, to sense-check whether the decision is still the best one or whether you need to take some extra actions to get the best possible outcome. 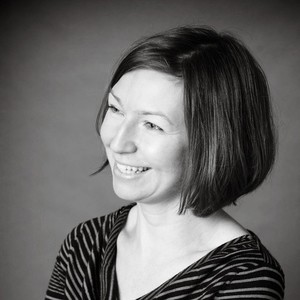 Verónica Moreno
How to do difficult things.
Psychologies Ambassadors , Self, How To Achieve Your Goals