Brought to you by Psychologies
Head Talks, Self, Work

What if everything I’ve believed to be true turned out to be false?

I recently re-watched The Matrix – one of my favourite films of all time – and it made me think of my work, my values and the philosophy of agile approaches such as Scrum.

I won’t go into the film other than to say that in it, the main character is forced to question everything he took to be his reality. His whole life, his assumptions, his senses, indeed his whole world is brought into question.

Like everyone else, I’ve built my world on a number of beliefs; truisms that I don’t even question because I “know” them to be right.

My values, my goals and my day-to-day behaviours are based on those beliefs. The advice I give others and my whole professional career is built on those beliefs because I “know” them to be right.

Every now and again, I’m asked to review what I believe in. Actually it’s quite a regular occurrence because I’m often teaching agile values and principles in organisations whose culture may not fully align with those values and principles. Sometimes I will state my case reflexively, instinctively because it comes so natural to me and I have repeated myself many times over the years it has become almost an unconscious habit.

But sometimes, I’m forced to consciously question myself.

Many years ago, I was talking about a couple of the agile principles with a group of people from a new client. The principles in question were:

“Build projects around motivated individuals. Give them the environment and support they need, and trust them to get the job done.”

“The best architectures, requirements, and designs emerge from self-organizing teams.”

We talked about what this means in practice and how, in agile teams, there is a lot of autonomy, teams pull work into their work queue rather than have work pushed on to them, they self-organise etc.

One person in the room stopped me in my tracks and said:

“You see Geoff, this is a problem. These are bad principles because people are lazy. You can’t trust lazy people with such important decisions and if you give people autonomy over their own work then they will just do the bare minimum. People need to be managed Geoff.”

Now this was perhaps 12 years ago and I admit that I was a bit flustered and taken aback by such a stance. I disagreed with him but I was also sure that he must have evidence to back up his viewpoint. I’m sure he would be able to tell me many stories of how people were not trustworthy and so he was probably equally sure that his opinion was valid. I wasn’t sure how to respond but while I was thinking how to respond, one of his colleagues thankfully filled my awkward silence.

“That’s interesting.” He said. “My people are pretty good. So are you just hiring badly or what?”

There were a few laughs but then a serious debate ensued about whether this was a split in human nature (are there lazy and untrustworthy people and those who can be trusted?) or did the environment play a part. In the end the general consensus in the room was that some people are unlikely to be trustworthy but these were the huge minority and that the rest of the population tend to react to the environment.

That is, if you trust people then they generally repay that trust but if you don’t trust them then they will live down to your expectations of them. In essence, you get what you give and you see what you look for.

Agile methods such as Scrum are built upon the premise that human nature is positive and people are, on the whole, conscientious and trustworthy.

This is not only a part of the agile manifesto that I teach as part of my work but also something that I happen to believe strongly at a personal level.

But what if I’m wrong?

Every now and again I’m faced with an example of someone who seems to deliberately screw up or sabotage the team or generally disprove this principle. In fact, it seems to happen quite a lot and I find myself asking whether I’ve misread this situation.

My son recently gave me a great lesson on how to deal with setbacks. A friend of his recently destroyed a piece of art that he had been working on for over a year and he was devastated. He was distraught by the loss of something he was proud of creating but more distraught by the fact that someone could deliberately destroy something he held so dear. This betrayal was something that, in his young and innocent state had not even contemplated and so it was even more shocking for him.

“I don’t understand why he would do that. Why?” He asked me.

The truth is I don’t know why, and perhaps neither does he but it happened and we have to make a choice about what we believe and then what we want to do.

My son could choose to believe he was betrayed because that’s what people do, or because he wasn’t worthy of being liked or something else unhelpful. Or he could choose to believe that this act was a result of something going on in his friend’s world. Perhaps he was jealous, perhaps he was acting out because of something going on at home or an earlier disagreement that hadn’t been resolved to his satisfaction.

What I found impressive was that, after the immediate shock had settled down, my son reflected that he missed the friendship and wasn’t prepared to sacrifice the whole relationship because of one act. He made clear how upset and disappointed he was, and that he probably wouldn’t trust him as much as he did before but that he still wanted to play with him.

The thing with philosophical debates such as this about human nature is that nobody can ever conclusively be proven to be right or wrong. And so we must carry on not knowing whether we are operating with correct beliefs, worrying that one day we will be proven wrong.

How do we cope with this lack of certainty or complete proof or truth?

For me, I continue to choose that I would rather be wrong with my view of human nature than be wrong with the alternative. Also, the best chance of this being true about human beings is to believe it and act as if it were true so even though I may end up being ridiculed for being naïve, at least I know that I gave it the best chance of being true.

But sometimes it’s hard. Even in the last few weeks I was asked

“Yeah I get where you are coming from Geoff but don’t you think that SOMETIMES, maybe not very often, but SOMETIMES, you just need to tell the team what to do because they can’t be trusted?”

I have to admit, there is a small part of me that is tempted to answer yes to that question. But then I remind myself of the consequences of that decision. Once you have taken that stance, it will likely be impossible to reverse that trend of mistrust. The potential of a self-organising, trustworthy team is lost forever then.

The power of trust is in our hands

The ability to trust others is in our hands and we need to make a conscious choice about what kind of relationship we want to be in. To quote former American politician Henry Stimson:

“The only way to make a man trustworthy is to trust him.”

I agree that by trusting someone we are opening ourselves up to being proven wrong and taken advantage of but I think that’s better than the alternative. Both from the personal and organisational perspective that alternative is transactional relationships built on cynicism. I’m sure there are many organisations out there with that culture, and many of them may be successful but they aren’t places I would want to work.

It’s good to question what we believe now and again. It ensures we aren’t acting blindly through habit or just following the rhetoric. But when we find ourselves questioning our values and principles, sometimes we have to trust ourselves. 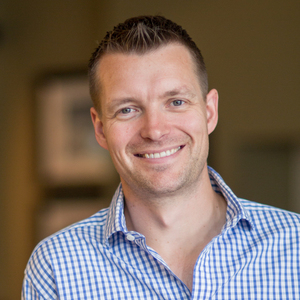