Brought to you by Psychologies
Barefoot Coaches' Channel , Psychologies Ambassadors , Head Talks, Self, Work, How To Achieve Your Goals

As she put her coffee down in the cosy London café she liked to meet me in, she rounded off with “I guess I just don’t have the confidence.”, and slowly tucked her hands under her thighs as she somehow made herself 50% smaller and closed off. This was the third time I had heard this and observed a closed body language creep over my clients that week and it was at that moment that my niggling intuition about confidence coalesced in to something that I think has unconsciously shaped my reality all my life....

As she put her coffee down in the hipster London café she liked to meet me in, she rounded off with “I guess I just don’t have the confidence.”, and slowly tucked her hands under her thighs as she somehow made herself 50% smaller and closed off.

This was the third time I had heard this and observed a closed body language creep over my clients that week. It felt incongruent and jarred with me. It didn’t seem to be communicating what my clients were trying to say either and it was at that moment that my niggling intuition about confidence coalesced in to something that had shaped my own reality all my life.

When I was a young teenager I was a studious, top of the class kind of gal, like now I had quite extreme dress sense (the ‘traffic light suit’ of my school disco 1996 will be forever remembered by my school mates) and I was kind of awkward but self-assured at once.  I attracted attention and was bullied terribly for it. The erosion to my self esteem this caused had a significant impact on me that shaped the next decade of my life.

After dropping out of school at 17 through sheer exhaustion, I had to rebuild myself to start on a new path that wasn't part of the plan.  I rebuilt as a strong and independent young woman on a rocky, unstable foundation of self-doubt.  My career flourished over the years and because of how hard I was on myself - nothing I did met my own standards so I pushed harder and harder.

I was unshakable.  I was fierce.  I was loud.  I was opinionated.  I was the most confident woman in the room and you knew when I had entered.  With absolutely no ‘confidence’ at all.

The dictionary definition of confidence is “the feeling or belief that one can have faith in or rely on someone or something”.  Which gets me thinking.  It’s not a thing at all.  It’s a belief.  And what’s more it’s a belief that you can ‘rely’ on something, not that it is ‘good enough’.  It’s a nuance but an important one in my view.

I didn’t have the belief that I could rely on anyone or anything.  But what I did have was:

When I had to put my big girl pants on to do that big meeting, put my name to a huge investment, take on corporate bullies and take huge personal risks, I wasn’t rummaging around in my rucksack of resources for confidence.  Because it wasn’t there. I was calling on all these skills I had and bringing them to the fore when I needed them.

It was these resources that later in my self development journey I realised gave me ‘confidence’ or ‘the belief that I could rely on myself'. My biggest weakness was also my biggest strength.  The resources I had created made me prepare, practice, plan, play to my strengths, know my limits and they made me hungry to succeed.  It seemed confidence wasn’t something that some people ‘had’ in their resource rucksack and some people ‘didn’t have’.  It is something ‘created’ by accident as a result of an awareness, respect and implementation of the resources in the bag.  I would never had said I 'had' confidence but I was unconsciously behaving confidently.

Back to the cosy café in a rainy corner of London.  “If confidence didn’t exist, what else could you use to help you achieve this?” I asked her.  As her shoulders relaxed and her body language opened, she looked up to the ceiling with a frown.  “Hmmm….” she said.  She readjusted herself in her chair and freed her hands, which started animating and punctuating all the words that were starting to spill out her mouth.  Skill after skill started coming to mind.  Experiences, evidence, values, passions, strengths.  Every single one of them given its due analysis and respect and then carefully placed in to her new rucksack of resources.

By the end of the session we’d identified a huge bulging bag of resources to rummage through when she needed it, as well as a clear plan as to which she was going to use on her current challenge.  I could feel that this session was a game changer for her.  As she ventured back out in to the world, with one more piece of luggage on her back, I became convinced.

Confidence is a belief, not a personality trait or a resource.  The word is being mis-used to epic proportions and it is eroding our belief in ourselves and what we are capable of.  It is not something we ‘have’ or ‘don’t have’.

Rather than “How can I find the confidence to do this”, I invite you to remove that word from your vocabulary and instead ask yourself:

“What’s in my rucksack of resources to help me do this?”.

Tracy James is a Berkshire based Life Coach and Team & Leadership Coach whose mission it is to help people deal with their ‘stuff’ and get what they want from life whilst making the work place a more enriching place to be through team transformation projects and Leadership development programmes.  Tracy’s own journey through coaching has helped her to transform her life and she loves sharing those opportunities with her clients.  Learn more about Tracy at www.brightyellowcoaching.com or connect with her @brightyellowcoaching, or contact her direct on tracyjames@brightyellowcoaching.com or (+44) 7738686694 for an initial free 30 minute chat about what you could achieve together. 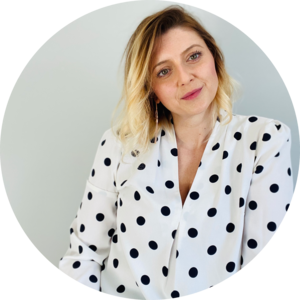 Life and work can feel fast paced and full of expectations, challenges and stuff and things to fill our time with – not all of them in line with who we want to be and how we want to feel. Often our mindset can be the biggest blocker to creating the changes that move us closer to that - whether that be confidence, understanding your preferences or purpose, knowing your values and what’s truly important to you, self-awareness or ability to stretch outside of a well-worn in comfort zone. My purpose as a Team & Leadership and Life & Career coach is support you in achieving the self-awareness and empathy required to know your purpose and what feels right for you. To support you in overcoming blockers – whether internal or external. To help you understand and mobilise your unique strengths and superpowers whilst mitigating your development areas, and to help you formulate and implement informed, realistic and viable action plans. In other words, help you get clarity, find purpose, smash blockers and move forward in your life and your career. I am an accredited to PCC level with the ICF, trained with Barefoot Coaching and studied Business and Personal Coaching with the University of Chester. I pull on an eclectic mix of techniques from systemic and leadership methodologies, to values and strengths tools that I tailor in personalised programmes for each of my clients. I work particularly effectively with those seeking to move forward from emotional drains such as anxiety, lack of confidence or loss and towards a more purposeful life and career and in supporting leaders to lead with authenticity, influence and confident impact. I offer a free 30-minute discovery session to help you find out more about the process and how we might work together. From here you will take away a personalised programme proposal to review to help you decide on the best way forward for you. If you would like to explore this further please book your free discovery session here https://calendly.com/brightyellowcoaching/30min. If you would like to know what my clients say, check out my testimonials here https://www.brightyellowcoaching.com/testimonials.
Follow