Menu
Brought to you by Psychologies
Barefoot Coaches' Channel , Work, How To Achieve Your Goals

How to handle a non-dream job

When I was about 8 or 9, I remember my Aunty asking me what I wanted to be when I was older.  My response was ‘either a clown in a circus or a lawyer’.  To me, they both seemed like good options.

My desire to be a circus clown didn’t last long but wanting to be a lawyer did for a bit longer time. As I went into my teens, I watched LA Law avidly and thought that being a barrister looked pretty cool.  Then I wanted to be a writer and flirted with the idea of journalism.  For a while, I wanted to teach English and Drama.  Eventually, I joined the Royal Air Force.  Not really a natural progression there.  The truth was I never really had a dream of how my future would look.  I didn’t really know what I wanted to do, and I felt hamstrung by having no burning desire to do one thing.

We’re lucky, our generations, because we live in a world where one career is no longer considered the norm.  Finishing one career and retraining for a second is a viable option for many.  A second career can often be a more considered option and relate to things that we have learnt along the way.  I see many of my friends and family retraining for second careers in caring professions, sometimes as a direct result of personal experiences of using such a profession.  For others, a second career represents an opportunity to exercise strengths that they didn’t realise they even had when they were making career choices at 18 or 21 or 25.

But all too often, I meet with clients that have recently realised that they are in a job or career that they fell into and they have no idea how they got there or why they are still in it.  They would like to leave to do something different, that inspires and energises them, that fills them with passion.  But they have no idea what that is.  And without that clarity of a dream, the idea of leaving a career where they are known, where the money is satisfactory or good or great, where there is stability and the job is a known quantity, is simply something that is too great a step to make.

When days like Make Your Dreams Come True Day come up (honestly, this is a real thing, on 13 January!), many people can feel like this just doesn’t apply to them in a career-sense.  That doing something passionate and fulfilling is just something that won’t happen to them.

But every one of my clients that has come for coaching thinking about career transition has left with a great sense of how to make their career more fulfilling.  And that doesn’t necessarily mean leaving that career. If you’d like that sense too, here’s a couple of questions to spend some time really reflecting on.

If you feel that there is nothing you can change about your present situation, how does it feel to think that you will still be in this job, in this organisation, until you retire?  If that feeling fills you with dread, remember you have the choice to leave.  You may not know your dream but you don’t always need to know your end destination when you begin a journey.  Sometimes it is enough to just put a foot on a path away from a place you no longer want to be.

What is really going on?

Resolutions out: Action plan in 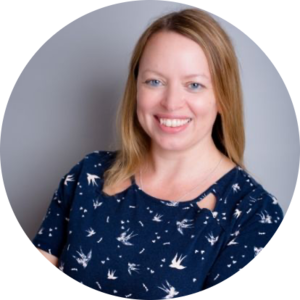 I am a coach who specialises in helping people live fearlessly with passion, purpose and balance. After 17 years in the Royal Air Force, I was ready for a change. But I wasn't really sure what that change was. Qualifying as a coach has taught me a lot about how my self-worth isn't tied up in my occupational identity, that living passionately and with purpose doesn't have to mean working every single hour and that I can feel fulfilled, happy and whole without working 60+ hours a week. It's not an exaggeration to say that my life is very different these days! I work with clients to: Establish your goals and understand what changes you would like to make. Identify why these changes are important to you. Create an action plan to make positive and unambiguous change at mindset, cognitive and behavioural levels. Predict obstacles and how to overcome them. Increase your self-awareness so that you naturally begin to coach yourself. I’m an Associate Certified Coach with the International Coaching Federation, hold a Masters in Occupational Psychology, trained with Barefoot Coaching, enjoy triathlon training, vanilla lattes and movie time with my 6 year old daughter and my husband. I am currently based in Canberra, Australia (so do come and follow bright rebel coaching on IG if you'd like to see some photos of the gorgeous scenery here)! I do face-to-face coaching as well as audio-visual coaching and a limited number of workshops and webinars on holistic topics such as wellbeing, resilience and goal-setting.
Follow

Julie Leoni
Who Are Your Cheerleaders?
Psychologies Ambassadors , Self, 360me, The Great Wake Up, Work, How To Achieve Your Goals