Brought to you by Psychologies
UKCP Therapists' Channel, Family & Relationships

5 signs you're in a Toxic Relationship

The word "toxic" is increasingly used to describe relationships. But what does a therapist think about what makes a relationship “toxic"? The answers might surprise you.

If you believe that relationships should always be positive or free from conflict, then this first point may be hard to hear. Anger is a healthy part of human relationships. If it's expressed thoughtfully and acted upon then it’s actually a mechanism for healthy relationship functioning.

We get angry mainly when our needs are not being met. The absence of anger in a relationship usually means someone is suppressing their needs or that anger is being distorted. When anger is suppressed for long periods of time, the person suppressing their anger could get depressed, or may end up feeling their needs are less worthy than others. A person who makes a lot of passive aggressive comments (sometimes framed as "sarcasm" or "humour") is expressing their anger in a distorted way, making it harder to hear and act upon.

Anger and violence are not the same thing. Anger expressed “cleanly” doesn’t need to be childish or aggressive. But when anger is heard by the other person, then it’s likely that the relationship will adjust toward a more balanced dynamic. If a relationship is toxic, it may be that one of those in the relationship feels their anger is being ignored or turned back against the angry person.

Sign 2: You always have to be a certain person

We all have different aspects to our personality. We sometimes are the critical parent or the persecutor, sometimes the fixer, diplomat or rescuer. All of these roles are fine, but if you find you’re always having to be in the same role, then maybe there’s something going on in the relationship which warrants further attention.

In relationships where there is a toxic pattern at play, one person may always have to be the victim, or perhaps always has to satisfy the needs of the more toxic player in the relationship.

Sign 3: You frequently feel confused, overwhelmed or not listened too

There’s a pattern which you might already be picking up on, which often plays out in toxic relationships. And that is, one party of the relationship is pretty much the “top dog”, they call the shots and try to maintain a place where they are “right". The other party in some ways feels "lesser than”.

In a relationship where this pattern is highly entrenched, it may be that the “top dog” has in some way developed tactics to keep themselves in that position. One way is through what’s popularly known as “gaslighting”, where the top dog questions the sanity of the other person. It ends up meaning that the other persons life experience, feelings or perspective are questioned.

This kind of behaviour is often coupled with bullying, or other forms of emotional manipulation. More toxic personalities sometimes create webs of social manipulation around them, which they achieve through gossip, or twisting narratives to support their own objectives.

If this sort of situation is at play, you might pick up on it through your feelings. You might feel extremely confused, like your world isn’t real, or worse, that you actually begin to feel that you’re losing your mind.

Sign 4: Your feelings are telling you, but are you listening?

I often ask clients to drop out of their head and into their body. What does your heart say? What’s your gut feel? Our culture promotes thinking above other ways of processing information, but actually when it comes to relationships, our emotions have much more to say than we give them credit for. In fact, often in toxic relationships, the dynamics within the relationship have told one party that their feelings are invalid. In therapy, we are often looking to validate and re-affirm feelings, which at the end of the day, give us our inner compass.

Sign 5: These signs have been going on for some time

Many of the dynamics I’ve described here can actually pop up in quite healthy relationships. Humans can be angry, manipulative, enjoy power and sometimes be downright nasty. These traits on their own don’t mean you’re necessarily in a toxic relationship. But if they’ve been going on for some time, or perhaps you’ve seen similar patterns in prior relationships, then it might be it’s time to get some help.

Working through relationship patterns in therapy can often lead to personal change, boosts in self esteem and better emotional communication. This, at the end of the day, leads to greater happiness and a better chance of finding more meaningful and less toxic relationships. 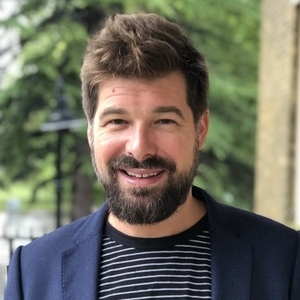 Superb article. I stayed in a toxic marriage for 13 years. The “what does your heart say?” question hit a nerve. If only I’d allowed myself to go with my heart and gut feeling, I’d have saved myself from the harm and damage that staying caused. I have basically wasted my life. I’m 46, single and no children. If anyone in a toxic relationship reads this, please, please don’t make the same mistake as me. Get out while you can, find yourself again and embrace life to the full. Remember or connect with this fact... You are valuable, you deserve the very best and once you’re free, it’ll feel like you’ve started to breathe for the first time in your life.

Releasing Old Stories | Shamanic Journey | Finding Wisdom & Gratitude in our Stories
Barefoot Coaches' Channel , Self, Sex, How To Save Your Relationship, 360me, The Happiness Club , The Great Wake Up, Work, How To Achieve Your Goals, Money, Family & Relationships