Why HRT is not enough

HRT can be a huge help for some women, but what for the thousands who can't take HRT or don't want to take HRT?

I have to start by declaring my hand. I used to end up in tears so often with tales of friends and friends of friends taking HRT and literally overnight getting their lives back. I tried over 10 different types of HRT over a 4-year period and they just made my symptoms worse and worse.

Without wanting to sound dramatic. Well alright I do just a tiny bit. I think coming OFF them saved my life. I know that DOES sound dramatic. I used to have shocking migraines and my legs used to swell up and get incredibly hard. I was told for ages that these were my menopause symptoms. BUT a chance conversation, while having a scan done by a vein doctor, led to him recommending I saw a visiting gynaecologist sooner rather than later because…

He told me that one of the side effects of HRT could be migraines and leg pain… It was so casual the way he said it.

When I DID see the gynaecologist 2 weeks later, it took her 30 minutes to understand all the different HRT tablets, gels and creams I was taking as well as the anti-depressants and sleeping tablets.

Frankly she was HORRIFIED and said these killer words - “You need to come off all the HRT immediately and never take any ever again. They are causing the migraines and the hardness in your legs. You are lucky you have not had a stroke yet. Have you flown recently?”

I said yes and she literally shuddered. As if death or disability from a stroke wasn’t enough, she then carried on and said. “You should have been on HRT combo and because you weren’t, I will need to do an immediate biopsy on your uterus to check for cancer…” Enough to slap your legs tight shut definitely.

I just want to reassure you all that I am perfectly FINE now and did NOT have uterine cancer, although I do still need to go for 6-monthly checks.

So what can we learn from all this.

Second - those of you who have read my stuff or heard me talk, know that I have a bit of a thing about impressing on everybody how underlying STRESS levels cause menopause symptoms to be worse than they need to be. So I think that just trying a proper and rigorous stress reduction programme FIRST might mean that some women who are given HRT, might not actually need them. For me that is learning to meditate. It is free and you don't need any special clothes to do it. The impact in terms of performance, focus, calm, balance. etc are second to none.

Third, most doctor’s appointment times are about 5 minutes. So whether it is HRT, anti-depressants or sleeping pills that doctors hand out to women in their dozens in these 5 minute appointments, side effects get glossed over, if discussed at all. Women often need to try several different types of HRT before they find one that works, and that is often not explained. So you need to prepare thoroughly before making an appointment and also take time to research a good doctor or specialist.

Fourth, you need to be aware that the time needed to come off them require as much thought and preparation as going on them.

So to sum up, yes HRT can absolutely help bring back women from the brink. BUT not necessarily as a first line of defence. It should be the lowest dose available, it should be in combination WITH stress reduction and changes in lifestyle. You need to sort your sleep and diet out. It is NOT enough on its own. HRT is not a panacea.

Sadly we are not yet in a position where our doctors have enough alternative knowledge about stress reduction and nutrition and sleep management, so that is why we need to step up and take charge of our own health and menopause…we need to get the right information and the right support and keep informed all the time. 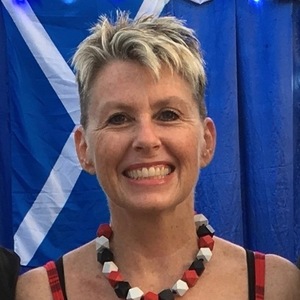 Deborah Crowe is a Menopause Coach for Career Women struggling with menopause symptoms. She is the author of The Darling Menopause Series and she runs 121 coaching, workshops and gives talks on how women can combat stress and plan for and manage the menopause. From severe burnout and coming back from the brink to reinvent herself, she learnt about the consequences of years of unmanaged stress when she hit the perimenopause in her 40s. The Dalai Lama said: “Western women will save the world” Deborah Crowe says: “HEALTHY women will save the world!” After 35 years working in the aid sector overseas, starting with the UN and finishing with Save the Children doing major emergency planning on the front-line, she is turning her talents to helping women over 40 on the front-line of their lives. Deborah helps ‘super women’ who are juggling menopause, high stress work, household and caring family duties. Using her proven process, The Menopause Breakthrough Method, clients go from exhausted and constantly living off adrenaline to being calmer, more productive and nicer people! AVAILABLE FOR COMMENT ON: Top 5 tips on how women over 40 can improve their health The 7 most common ways women sabotage their menopause at work and at home without realising it The gender pay gap Surprising ways the menopause can be FANTASTIC for you. How Women Over 40 can save the NHS Stress and Working Women Three top things to unlock your top ten years ever Have Women Over 40 got the right tools and info to make sure that their next decade is the best in their life? EXPERT TOPICS: Personal development and growth Long term strategic planning Major emergency and crisis planning Workshop facilitation Curriculum development
Follow
Life Labs
We use cookies to help improve your experience. By continuing to browse our website you are consenting to our use of cookies.
Learn more