Brought to you by Psychologies
Psychologies Ambassadors , Self, 360me, Storyteller in Residence

When I met my inner critic's image

Listening to the unconscious, it can be quite terrifying.

I went back to school, it was time to improve my knowledge, and began a degree in English, with Creative Writing, one of the subjects was Discovering Voices. In 2009, the voices in my mind exploded. I was having a literal mindful party with so many strangers, past friends, present friends, colleagues, family and more. I couldn’t shut them up.  All great from a Creative Writing mindset point of view. But, not so great when all the voices where oppressing my sense of self. After living three decades on the planet, becoming a parent and making a number of choices, this degree opened up a can of worms that I wasn't ready for.

I started to think, too much.

What is myself, who the heck am I? I thought. I was having quite the identity crisis, I knew I was a parent, a wife, a labourer of love. But what was the purpose of all of this. I gave my face a slap, and said, I want to teach. Simple.

I hadn’t been asked to question this directly whilst attending University, it was in becoming the parent, the stay at home abundantly protective parent. I had begun to ask myself this question, but I had to put a block on it, because, I was a mother of two children born within twenty-two months of each other, how lucky I felt, how blessed, how exhausted.

It had only been three years prior that I had considered seeking I.V.F.

I had been waiting for so long for my children, I couldn’t bear to miss a single second of their growing lives. I said adios to my career. I said farewell to my younger-self, I was now a responsible grown up. I had two lives that relied on me, needed me and without me they may struggle because life was not a beach. There is a novel in there somewhere, and one day I might try to set it free. But, I will focus on my present goals. I made these decisions in the knowledge that my partner was working 60 hours a week and regularly overseas. We had to cut a little slack.

Back to the question for today, who the heck am I? And back in, when was it? January? Or February of this year (2018) Suzy Walker suggested we have a go at naming or identifying the inner-critic.

As winter beckoned at the closing of 2018. I have learned that Winter is not a time for me to be identifying with my negative voice, I prefer to focus on the positives.  Even in reading this back, I can surmise that I consider the words inner-critic as something negative. I have a history of working in the most diverse environments where everyone had their own unique persona and abilities, and I embraced this, so being thrust into a Creative Writing Discovering Voices environment, where we had to learn to be critical, it all pushed me way beyond my comfort zone.

I generally try to be none critical, non-judgemental, and in truth quite passive.

The University sessions, they often felt like a harsh environment, to me. I watched on as Students came and left, and one young woman became pregnant and although she studied hard whilst her child was within the stomach, at the day of child-birth her academic studies fell away. Life. It can often get in the way of what we want to do. Or maybe, some of us choose to do things before we are ready. For me, I always had the niggle that I was learning too late.

I pushed myself even harder.

Do I believe all critics are negative?

No, not at all, but my experiential moments around critics often create a projection of judgement and I have never been fond of this. But, how do I know if someone likes something or not, unless it is judged? I also have to remind myself, that no two minds think alike. Similarly, but not alike.

I identified for the worksheets provided by Life Labs that my inner-critic was a dishevelled doll, something out of the conjuring, which fifty percent of the population can laugh at, but no, not me. Scary dolls, they petrify me. When I was a child, if my own dolls had a single hair out of place, I would keep them tidy, because it was my responsibility, I was mother, the perfectionist.

What I’ve learned in the discovery of these inner and outer voices, is that there will always be new ideas, better ways, great opportunities and a few negatives thrown in within our lifestyle choices, but with a good foundation, a solid personal moral core, boundaries, and knowing our own limitations, we can look after ourselves, and love ourselves, no matter what the voices say, and the only person that has the ability to take care of the sense of self is ourselves.

A perfectionist, who once upon a time people pleased a little too much. Still do. The rock. I still am when people need support, but instead of becoming lost amongst the many voices, I make the choices that feel right for me and sign-post for others to find their own way too.

Love your inner-critic, they’re a part of you, and how will you know what you like unless you hear, see and learn about what you do and don’t like for yourself. 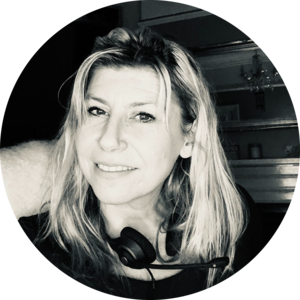