Sometimes there is no logic to the self talk that goes on inside our head convincing us that we cannot do something when the sensible deduction is flagging no problems. This short 5 minute read explores a few ideas.

We have all been there!

You have done all the pre-work, you have rehearsed in your mind about what will happen in the next 30 minutes, and yet there is still that little niggle that could derail what you have prepared so much for. There is no logic to it but it is still there.

It could be that you are about to a presentation to your boss or collective bosses, or that it is a routine update or that it is someone external to the business coming in to see you.

Whatever the situation, there is just something that does not feel right.

The diagnosis could be that you are experiencing is so common within business – something is denting your confidence causing you to feel negatively about what you are about to do.

“Five years ago, when I was involved in a tech start up (and the phrase tech start up filled me with fear, but that is another story), my fellow founder and I deemed this ‘regular occurance’ as a wobble. There was no logical reason as to why the wobble was happening at that moment in time, it was just happening. We re-evaluated our environment, re-informed our intuition, and rebuilt the belief that what we were doing would lead to a successful outcome. It was one of belief that the outcome would be good, and that the outcome would be the best it could be.”

The learning point for me here was to give myself and the business time. Time to reflect on what we had achieved and time to reflect and plan on this success in line with our plan. We felt better when we had done that. This kindness may appear alien to some, but allowed to nicely disrupt the market with our thinking and our outputs. We wobbled, we gave ourselves time, and we recovered.

Identifying that we at times could not always feel confident was a breakthrough. When I talk to fellow innovators, there is something scary but reassuring in what we do. Something that stretches the skill level, but at the same time has an edge to it that makes it feel real.

Confidence is therefore something that is within our own mind, it is in our own making.

“Last weekend, the weather was fantastic. My wife and I took a trip to Snowdonia and walked (or climbed) up Tryfan and then onto the Glyders. We got to the cantilever stone near to the top of Glyder Fach. This stone is not that high up, neither is the route clambering across rocks too arduous but I still managed to make a right meal of it. Some of the gaps to jump across were achievable but the 15-foot drop down into a rocky uncomfortableness was enough to get me to reroute and ‘be sensible’. It was literally as I was walking to the top of Glyder Fach some 5 minutes later that I was kicking myself that this self-created anomaly had created so much of an issue. Next time, I will jump”

Reflecting on this now as I write, I will reprogram. I will reassess the true risk of falling into the chasm, something that was so real in the business example, and replay that to the gap on the route to the cantilever stone. There was no logical reason why this should be an issue – apart from one of confidence – and that that lack of confidence should have been able to have been reprogrammed and recalibrated to cope with the rocky depth that was no more than about 1m across.

So what is the point of this story. There are some areas of life, that you can explain, there are some areas that you cannot. Some areas that you can logically re-assess and re-program and others that at that time, right then, are difficult to overcome. My self-taught brain kicked in and started delivering a fear, a fear that was not there. A fear that was as transparent as the wobble that I explained about in the tech business but that I gave greater voice to that logic and argument could and should have overcome. 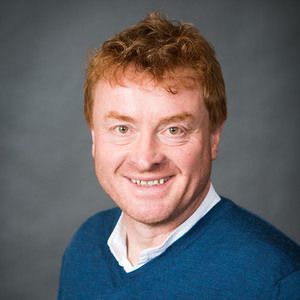 I work with people that want to make a difference but perhaps do not know how to yet. They could have a bigger purpose, or need that is not in focus yet and needs to be 'unblocked'. I help entrepreneurs, social innovators, and business leaders to be their passion, to be their dream and make it real. I am a big dreamer, but I find that this alone does not unleash my full potential, so I get this space. If this interests you, visit http://c0a.ch/chat15 and lets have a no obligation, free chat to see what we can do together.
Follow

Tips for supporting your child at university
Self, 360me, How To Achieve Your Goals, Family & Relationships , Ollie & His Superpowers

Fe Robinson, Psychotherapist
Having the strength to feel your emotions
UKCP Therapists' Channel, Self, 360me