Menu
Brought to you by Psychologies
Psychologies Ambassadors , Self, 360me, Family & Relationships , Addiction

Looking After Number One?

Making more aware, kindness based choices enables us to look after every one, not just "number one".

A couple of weeks ago I was in the car with my friend who had picked me up to take me to her yoga studio where I hold Reiki clinic. I was feeling happy and honoured to be on my way way to treating that morning's client with a Reiki healing for her highest good, and felt grounded and present. My friend was pleased to see me and we set off to drive to the studio.

A split second after we pulled away we were a hair's breadth away from being involved in a head on collision. The lady in the car opposite was driving rather erratically but it was immediately obvious why, as she was being run off the road by a moped driver who was trying to chase her. Our car headed the rider off and the lady nearly slammed her car into us as she braked hard. On the other side of this driver was another car trying forcefully to slip through the gap on the right hand side of the road, almost mounting the pavement to do so. Behind the middle car were two more drivers loudly honking their horns and shouting angrily for her to get out of their way, while also insulting her driving. The woman in the car on the right hand side of the road also shouted obscenities at the lady who had almost driven in to us. The pair of them loudly exchanged insults through their respective car windows while my friend and I observed. Meanwhile, I watched the moped driver lean across and wack the middle car's wing mirror with his hand, in full view of my friend and I. I made full eye contact with him and shook my head in disbelief. He sped off. I turned around and noted his reg number and called the police.This chaotic scene all unfolded in what felt like about three seconds.

My friend and I were quiet, a little shocked but calm. My friend wound down her window to lean across and ask the shaken up driver who nearly hit us whether she was alright. The woman snapped loudly at her, in fight or flight mode;

My friend calmly responded: "Yes we know, we saw what was happening. Don't worry.  It's OK now. He was trying to get you off the road. Are you ok?"

The woman visibly softened and burst into tears. She told us she thought she was Ok. She thanked us for asking, for not screaming at her like the others were doing, and then she drove off quickly before we could help any further.

This was an absolute miracle that nobody was injured.

Everybody in this scene was impacted by fear and the survival mode for self preservation kicked in immediately. This manifested in the form of the shouting, the swearing, the honking, the wing mirror hitting, the speeding off. Everybody I observed was acting on the ancient amygdala response; to save oneself and fend off attack. We can forgive and understand the irked reactions as events unfolded rapidly and intensely, and could have ended in injury for any of the people at the scene. Everybody was looking after number one due to the survival impulse....that's what we should expect to happen yes?

Perhaps. However I saw this differently. My self and my friend were almost hit head on, how come we weren't we could put down to luck or Divine intervention and protection. I often call upon Higher Power before giving a Reiki healing, so perhaps my hook up to the protective universal mainframe was even stronger that morning.This aside, it was our response that I noted was remarkably different from everybody else at the scene. No shouting, no finger pointing, no blaming, no defence, no name calling no accusations of stupidity or carelessness towards other road users. I could feel we both felt scared for a moment, but we both silently registered that we were OK, but what about the woman who nearly hit us? Our attention shifted towards her safety and reaction to almost being run off the road or colliding with us. I felt a deep sense of care for this woman and this is what manifested, rather than riding the more predictable ego reaction of blame and aggression.

I put our response down to a cultivated state of mindfulness and compassion which arose to override the ego in a flash. My friend and I have a deep spiritual practice which is the backdrop for our lives, not just our work that we were both going to carry out that morning. We have both had a regular and strong meditation practice for many years in which it is proven that compassion and oneness are grown, in place of fear based neural patterns.We both instinctively took our attention off our I-ness, our own perception of self, and put our care upon another. We were OK, and so had no need to rant and rave and add to the boiling rage already ramping up on the street. Everybody else was physically OK too, it was clear to see. The only threat that was happening was perhaps people may have been held up on their way somewhere, which to the ego would of course feel like a personal insult and inconvenience. There was no real harm done, but the evolutionary reaction to defend and fight back immediately took over for the majority involved.

When we asked the other driver who nearly hit us whether she was Ok, I felt her defensive energy shift. She had not even entertained that we could be concerned for her well being, instead of being ready to shout abuse and blame at her. For a moment, another miracle occurred. The miracle was that compassion won in the face of ego driven/ evolutionary conditioning. The text "A Course In Miracles" states that a miracle is a change in perception from the conditioned fear based traps that humans so often function within. I felt that miracle moment, and it touched our fellow driver too.

With a spiritual practice, and even just the willingness to see things differently from unconscious ego patterns, people can show love for another in heated circumstances. Meditation cultivates a sense of inner safety and well being, quietening the need to ride the impulse to attack and defend. When we are kind to ourselves by allowing ourselves to meditate, we benefit humankind. Without even having to try very hard. We can look after others not through burned out giving and self sacrifice, but from the kindness that spills over as a result of every day for a few minutes, turning inwards to our breath. 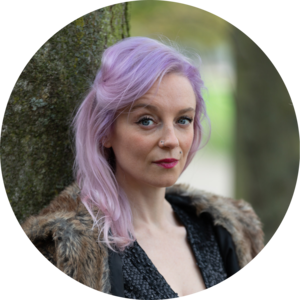 Hi, I'm Sarah. I am one of the Psychologies Magazine Ambassadors and my life is about enabling people to discover that they are enough. I am a Hatha Yoga Teacher, Reiki Master/Teacher, Blog Writer and Burlesque Performer. I consider myself an Artist. I am based in Hove, East Sussex where I founded the brand You're Enough Yoga. I can also be spotted around about Brighton as my Burlesque alter ego Venus Gallactica! We all have the potential to alchemise our past into healing and power. I look forward to our journey together as we step into light.
Follow

Ummi Fulani
about 3 years ago

I enjoyed reading that. I am glad nobody got hurt and the lady received kindness in return. I like the part about kindness overflowing as a results of looking inwards, for me that's my five daily prayers. I do believe the Divine guides our inwards and nothing befalls us without His permission.