Are you hiding behind your mask?

E. E. Cummings wrote, “The greatest battle we face as human beings is the battle to protect our true selves from the self the world wants us to become.”

Many people hide behind an identity or a mask to avoid being really “seen”.

Very often we can hide behind our job title, and an identity in a company – being a manager, or a doctor, or a lawyer.

I struggled without my “title” as a journalist and TV reporter when I became a mother and went on maternity leave.

For a long-time I said I was a “former journalist”.

But that was me clinging to my old life and mask.

I had to consciously learn to love ME without an identity and a job title.

And when you haven’t wanted to lose that role, but it happens suddenly through redundancy, or change of circumstances can be very painful.

I used to go to school with a girl who was painfully shy, and when she was a teenager, she started dressing as a punk with black eye-liner, and spikey hair, and became part of Camden’s punk scene.

She said she felt anonymous and invisible even though tourists would often want to take her photo because she stood out.

She told me that people would see the black hair and leather ensemble and not want to see the real person inside.

They would just assume she was intimidating, and leave her alone, and she felt safe hiding behind the layers of makeup.

After several years, she grew tired of wearing a mask and wanted to be “her”.

I saw her 20 years later, while she was volunteering to visit sick people at the hospital. She had popped into see my father who was in hospital, and the punk image had been replaced by her role as a happily married teacher, and wife and mother.

Hiding behind a mask whether it’s our clothes, our job title or our role as perfect Stepford Wives mother or funny guy can be exhausting.

Eventually the mask slips and you want to just be yourself.

It takes courage to be yourself.

How can you remove your mask?

1.BECOME AWARE OF YOUR MASK

Awareness is a major part of recognising that you are not being your authentic self.

For many years we can spend on the treadmill and not really thinking about who we are, and what we really want.

You can choose to become aware, and choose to let down your mask.

How can you do this?

Start by being YOU.

Sometimes it can be really hard to suddenly “be you” when you don’t really know who you are anymore. You have so many labels of identity, but they’re not necessarily YOU.

The labels that we give ourselves – teacher, designer, employer, employee, mother, wife, daughter, bitch, loser, grumpy, fat, thin, old, young -  aren’t really US. It’s a convenient tick list that helps us fit in a box.

How do we behave when we put on this mask of being the grump, or the funny girl, the Barbie, or the bitch?

How does that mask look to other people?

2. RECOGNISE THAT YOUR MASK IS NOT TRULY YOU

It’s exhausting pretending to be someone that you’re not… and then you have to think about whether your behaviour or what you say is appropriate for the “perfect mother” role, the “good girl” or “happy” when you feel lost, or whatever role you’ve chosen to play.

Start becoming aware of aware of your mask and it’s limitations… What is expected of you when you’re wearing the mask?

Each day, focus on doing one activity that isn’t “playing a role”. Do something that brings you joy and enchantment.

Whether that’s doodling in your notebook, or singing in the shower. Do something fun.

Realising that the mask is not truly you. It was an identity that you created when you were probably much younger to protect yourself and keep you safe. Maybe you became the class clown to avoid the bullies, or the “carer” because you were caring for others.

The mask is not something to be embarrassed about. It served you well, but now you are ready to embrace who you truly are.

The mask is now holding you back from the person you are meant to be – now is the time to be authentically you.

4. COMMIT TO BEING YOU

Some people spend much of their lives pretending to be someone they’re not.

Commit to being YOU.

It takes commitment, and in the beginning it’s hard to break the habit of playing a role, but remember that it takes 21 days to break a habit, and 60 days to reinforce a new habit.

Take the steps that you need to be YOU.

If that means saying “no” to someone when you’ve always been the “good girl” then practice saying no on the small stuff first of all.

Or if you think you have to be the perfect mother, then start out with a duvet day, or carpet picnic. You’d be surprised how the things we “think” are failings, are actually the moments of our greatest connection and authenticity.

ARE YOU BEING AUTHENTICALLY YOU?

One fun exercise is to get in touch with who you are, what you do, and not just focus on your past.

Practice this with someone you don’t know very well.

Then swap and listen to the other person talking about what makes them joyful.

When clients first do this exercise, many realise that a lot of their identity is wrapped up in who they are, and their passion is in the PAST. They say things such as: “I used to love walking, or traveling but I don’t have the time for it now…”

Focus on creating passion in your daily life.  Making sure that you have time for doing the things you love - walking in nature, swimming or going for a bike ride. 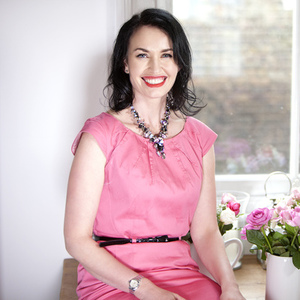 Having the strength to feel your emotions
UKCP Therapists' Channel, Self, 360me

Fe Robinson, Psychotherapist
Are you railroaded by others? | Be Assertive
Barefoot Coaches' Channel , Self, Work, How To Achieve Your Goals, Family & Relationships

Are you railroaded by others? | Be Assertive

Jayne Morris
How To Be Visible Online Without Being On Camera
Psychologies Ambassadors , Self, The Happiness Club , The Great Wake Up, How To Achieve Your Goals