Brought to you by Psychologies
Psychologies Ambassadors , Self, Family & Relationships

The tangled forest - judgement and forgiveness

Judgement is all around us, and within us. How do we find a path to forgiveness, especially when we feel we have been truly wronged? In this review of Gabrielle Bernstein's "judgement detox", I offer some reflections.

Judgement is a concept that seems to be more visible in the days of social media, indeed it feels like it has become part of popular culture.  Inspired by Ali Roth’s article in Psychologies Magazine (March 2018) I recently worked my way through Gabrielle Bernstein’s latest book “Judgement Detox”.  In this article, I reflect on some of the challenges of noticing our judgements, and seeking to release judgement or find forgiveness.

In my coaching practice, we will sometime reflect on our judgements.  I see forgiveness and judgement as being part of the same spectrum.  Sometimes we are talking about whether we can forgive ourselves, for some perceived deficiency.  Sometimes there is a need to consider forgiving someone else, for wounds caused, or letting go of what we think a relationship “should be”.  One of the biggest stumbling blocks to forgiveness is the fear that we are letting someone “off the hook”, and I’ve noticed that there is strong societal pressure against this.  I frequently hear the comment “you don’t have to forgive them”, meant in a supportive way.

The difficulty with this point of view, is that the person who remains stuck in judgement, is the one who is suffering.  As Gabrielle Bernstein points out “..when we are avoiding forgiveness, we remain stuck in judgement, and we are plagued by feelings of resentment, anger, self-righteousness.  Choosing forgiveness doesn’t change the perpetrator’s actions, but it releases you from being stuck as the victim.”

When I first read this, I really struggled with this concept, because I was really unclear how any of us can possibly forgive someone who has done something awful to us, without feeling that we have “let them off the hook”.  Gabrielle shares an emotional anecdote about the mother of a child killed at Sandy Hook. The mother realised that hate was the motivation for the gunman’s actions, and chose instead to gradually develop compassion for his illness and psychological distress, as a way to cope with her own grief at losing her child.  This sounded amazing to me, but I also felt that most of us would struggle to do the same.

This is where Gabrielle introduces another idea, which I find more helpful.  “Choosing forgiveness isn’t something you have to “do”, it is something you can just be willing to entertain.” I found this helpful, because I let go of the idea that to forgive I had to suddenly be “ok” with everything that they had done.  Instead, perhaps forgiveness could start to look like a process, a journey, rather than an action.

When we choose forgiveness, we open up the possibility that we can accept the other person for who they are.  It doesn’t mean we have to like their actions, (or even remain in the relationship), but we are accepting what has happened, rather than fighting for some other scenario.  In the words of Byron Katie, we are “looking for the truth” rather than clinging to an illusion.

By choosing to consider forgiveness, we open ourselves up to feeling the hurt of the situation – the grief, the shame, or the disappointment.  By opening up to the possibility that we accept their actions, we let go of the expectations and assumptions that we held about that person.  For example, we may have hoped they would be our protector, but we are admitting to ourselves that they don’t do that job well.  Or we may have expected that they take account of our feelings, but we are admitting to ourselves that perhaps they don’t.

We may also be blaming ourselves, and become aware that some of our judgements may be self-criticism.   For example, we may be angry with ourselves for getting into a situation.  It may be worth exploring the truth of this judgement – could you really have known this was going to happen?  This step can feel quite scary, but can be approached with self-compassion and tenderness.  As Gabrielle says, there is no need to rush, but instead by being willing to consider forgiveness, we open the possibility that we can show ourselves compassion in a difficult situation.

My own experiences of forgiveness have involved a certain amount of grief – the letting go of a love I hoped to have.  In my view, approaching grief with tenderness, allowing the feelings in, is an essential step towards forgiveness.

Reading Gabrielle’s book made me realise quite how much judgement features in our vocabulary, and how our daily judgements are intimately entwined with our hidden wounds.  What can seem like an innocuous judgement, can mask unresolved emotional pain.  Becoming aware of how often we judge and choosing a more compassionate path, is scary at first, but gradually extraordinarily liberating.

The book isn’t an easy read – I found it needed careful reflection and time set aside for full engagement in all the exercises.  It certainly made me think about my own judgements, and initially I experienced a phase of “judging myself for judging”!   Gradually the practice of noticing has made me more able to see the judgemental thoughts as they arise, and learn to question them.  It’s a work in progress, but I think it’s worth the effort!  As Gabrielle points out, most people would prefer to feel the freedom of forgiveness, than remain in the purgatory of judgement. 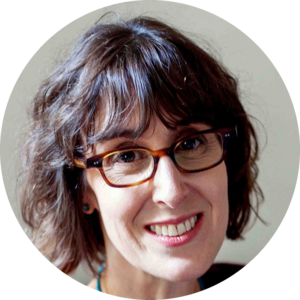 Using neuroscience, self-compassion techniques and coaching as well as high-performance techniques I help my clients free their potential and get back to their true selves so that they can thrive in life.

Verónica Moreno
How to do difficult things.
Psychologies Ambassadors , Self, How To Achieve Your Goals