Facing up to your fears and being okay

It's not fear that is so frightening but the fear of the fear itself.

Fears, we all have them, whether they are large or small those fears can overwhelm and mess up our lives. Anxiety is fear manifest. Thoughts - worries - the whirring round in your head soon turns into the churning of the guts and headaches and all sorts of nasty issues and it's all down to fear.

So what to do, well avoid anything frightening seems like a good start. Got a fear of heights? Maybe that bungee jumping holiday isn't for you then. Fear of flying? Yep, definately rethink that career choice of being a pilot.

While fears like those can be avoided, some just can't, they are there, part of life. I have always had two big fears; Not having any money and losing my sight.

The former stems from my very beginings, I was adopted at birth but I was a foundling, left at the hospital with nothing. I was adopted into a lovey middle class family where money mattered. Sent to the right school, do all the right social activities and above all else make sure that you end up at the end of the day either in a good job making lots of money or married to someone who did it for you.

Needless to say I sort of rebelled a tad and shot off to Greece to spend over five years being a holiday rep and whooping it up making very little money but having a jolly good time. I never did manage to do the whole career thing but did manage to land a husband, have a gorgeous daughter and then went on to write cookbooks, do TV and radio stuff and cook at foodie festivals and other staged events. People all thought I was a great success. I didn't. I was not a success in any way, I only saw myself as a failure because through doing all these things I still didn't make much money and in my upbringing money was king and not making it equalled failure.

So from all that you can gather that money and the possibility of losing what I have of it is a huge fear. When I came over to Crete last year I managed to screw things up rather well and lost a lot of my savings to the chap doing up the apartment and to add to that the tax man seemed to be determined that Mr X and I were cohabiting and thus I owed them rather a lot of money.

I was living in constant fear. Every letter that came in the mail, every phone call spelled danger to me. Anxiety levels soared and health went down the toilet in the true sense of the word. I did everything to prove we were living apart (though next door to eachother - yes, that's yet another story) but they wouldn't have it.

Remember I mentioned another fear, that of losing my sight. Well guess what. One Sunday morning I woke up with an eye infection and if I closed the sore eye I discovered that I couldn't see at all. Did I panic? On a scale of 1-10 I'd say I was on about a billion! So off I trot to optician who informs me that I have a massive cateract in one eye and that on NHS I could be waiting up to a year to get it dealt with. No choice but to go private and it is then that I find out that I have a cateract starting in the other eye too and these have been caused by the steroid injections I have been being given by surgeons over past two years due to foot surgery.

So there I am living my worst nightmares, money and blindness all hitting me at once. The eye clinic could sort out the latter and I'd get 20/20 vision back and not even need my reading glasses anymore but there was of course a cost. Yes over five thousand pounds. Take out a loan, no other option. I have already paid my rent in Crete for the year but by now I am scared to go due to the ongoing saga with tax. It was my daughter and Mr X who insisted I went, practically threw me on the plane saying I'd be better off in the sunshine than worrying myself sick in the misery of Scottish weather.

The joy and anticipation of this grown-up gap year in Crete were somewhat tainted by constant fear. Every email and message from home, having to get papers downloaded and printed here, signed and sent back and being told there would be a tribunal.

Fear, fear, fear. There was no escape from it. I had to face it, live with it and get through it. I flew back to Scotland in July and was told at the very last minute that the tribunal had been cancelled, it had all been a mistake. Six months of total terror for me had all been a clerical error, and of course not even an apology.

The relief was huge but I felt I had learned something of huge value through it all. I was still here, still upright and hadn't completely fallen apart. The anxiety did not actually kill me. I wobbled, I cried but at the end of the day I was okay. I didn't cave in to all those threatening letters, I knew I was in the right and stood firm even though I was scared witless. I felt the fear and hung on in there anyway.

So here's the thing. Fear itself is frightening, the fear of the fear, it all goes round in circles, a vortex that can pull you down. I had no choice really but to face my worst fears and hope for the best.

That doesn't mean I'll be booking a bungee jumping holiday any time soon though! 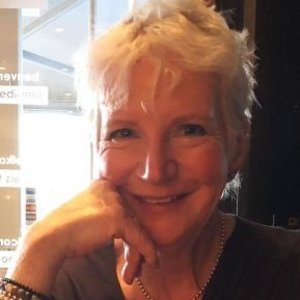 My degree comes from the good old university of life, all 58 years of it. I'll be writing about life (mine mostly) and how I've got by as someone who has battled depression and anxiety to varying degrees since their teens. While my view may not be yours I hope sometimes it will resonate with you.
Follow

Nicola Harker
It May Be Your Word For 2022
Psychologies Ambassadors , Self, 360me, The Happiness Club , The Great Wake Up, Work, How To Achieve Your Goals