Brought to you by Psychologies
Self

I was invited to The Pride of Britain awards on Monday and came away inspired, if a little tear-stained.

I found myself sobbing in room full of celebrities on Monday night. Our November dossier this month is all about the power of story to transform our lives - and on Monday night the power of 16 stories brought us all to our feet to applaud the courage of a bunch of ordinary Britains who have done extraordinary things (which made me weep uncontrollably too!) I had been invited to the Daily Mirror’s Pride of Britain awards which will be screened on ITV 1st October at 8pm which is an annual celebration to honour the UK’s unsung heroes

This year’s winners were aged from eight to 94 – and included everyone from Elaine Wyllie, a teacher who came up with the idea of a Daily Mile to battle childhood obesity to Sohana Collins, a 13 year old who has a rare condition which makes her skin so fragile her parents cannot even hug her. (For up to four hours a day, Sohana faces painful treatment for her wounds and struggles to eat, but it hasn’t stopped her being the inspiration behind the Sohana Research Research fund. Since 2011, more than 3.5 million has been raised.)

In a room full of celebrities – from David Beckham and the Osbournes to Cheryl Cole and Geri Horner, the focus was not on the famous faces but rather the real people who have been on difficult journeys. “I am sure you will agree that is incredibly humbling to witness the sheer determination and incredible journeys of tonight’s heroes. Good deeds, selfless acts and inspirational stories all too often go unseen, and stopping to recognise these is what makes this evening so special,” said Prince Charles. He talked about this year’s Prince’s Trust winner Duane Jackson, who left school at 14 after growing up in care homes. ‘The frightening thing, nobody noticed,” said Prince Charlies. His peers from his time in care were involved in criminal activity, and in a bid to earn money to pay off debts, Duane agreed to carry drugs into America. He was caught and was sent to prison.

On his release, he found himself unemployed with no qualifications. He went on to work with the Prince’s Trust, who helped him start his own business. Duane set up KashFlow, a company which provides accounting software for businesses. On selling the business a couple of years ago, Duane gave back £100,000 to the Prince’s Trust. “Duane turned his life around and others are set to reap the benefits. He is a shining example of why we should give young people the skills and confidence to achieve their potential,” said Prince Charles.

My favourite story of the night was Bailey Mathews, an 8 year old boy who won the Child of Courage award who pushed himself to finish a triathlon. Captured on video by a spectator, it was truly inspirational moment that went viral and was seen by millions around the world. With dogged determination, and despite falling over twice, eight year old Baily ran across the finishing line after a 100 meter swim, 4 km bike ride and 1.3k run up in North Yorkshire in July. ‘I thought Bailey was just incredible. The determination and perseverance he showed to keep on going to the finish line was absolutely inspirational. He’s an amazing example to children – and adults,” says Carol Vorderman, TV present who has hosted the awarded ceremony every year since Pride of Britain was launched in 1999.

This is the 17th awards ceremony and every year I find it completely inspirational. I suppose it aligns 200 per cent with the Psychologies philosophy – that no matter what, no how dark it may seem, that there is always a way to find a way back to the light. 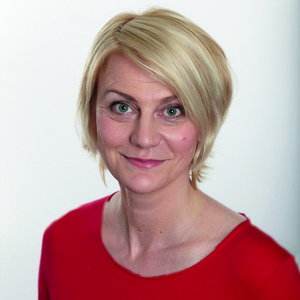 David Head
over 6 years ago
Lovely, humbling piece, thank you Suzy. I will watch the awards tonight and try not to well up! David

Amanda Alexander
over 6 years ago
Love this Suzy. Wish I'd seen the awards. Funny.. your comment about bringing darkness into the light really struck a chord. This is the 3rd such comment/quote I've seen in the past 24 hours. I'll be posting a blog about that very soon!