Brought to you by Psychologies
Psychologies Ambassadors , Self, Family & Relationships

Self care - when did you last have your cervical smear test?

Why I have mine every 3 years even though it makes my world come crashing down each time it happens.

I've had my cervical smear test today, I'm still recovering. It took 6-7 attempts (I lost count I was trying not to hyperventilate) , I'm bleeding, I'm sore, my endometriosis is cramping even though my period is not due for another 3 weeks. My heart rate spiked to 150bpm before and during. (My resting heart rate is normally 62bpm). This is quite normal for me as this is one of the most terrifying things I do.

Ask me to jump off a cliff, climb a rock face (I'm not keen on heights) and I'd rather do this than have my cervical smear test. But when that letter arrives I book my appointment. The letter itself makes me feel sick.

I know for most women the cervical smear test is horrible, and that might be one reason you don't go for it, but this thing can save your life.

Why is it so physically hard for me to have my smear, it brings back the terrifying ordeal of my childhood where by brother (who is now dead) would torture me both physically and psychologically. It was his way of dealing with the harrowing bullying he was subjected to at school, no excuse, but he took it out on his little sister, 2 years younger than him. It started when I was about 8, I think it ended when I was about 14. I told my parents, they told him off, and assumed it had stopped. They didn't ask me, he threatened me more and hurt me more instead. My memories like everyones are now distorted and so are my parents, thats what our brains do, so anything I recall will not be factually correct of the events that occurred, but it can bring the terror back to the surface.

I've had lots of counselling and coaching and have turned out OK. I still love my parents dearly and have mourned the loss of the brother I would have liked to have had. Only 1 thing really brings back the true terror that I suffered at that time and it is my cervical smear test. It knocks me back psychologically for a few days and I'll now rest and rebuild the pieces. Now I'm self employed its easier, I can rest, I don't need to put on the brave face. I'm enjoying the sunshine and being grateful for the life I have.

If I can have my smear test every three years, then you can too. I am sure there are women who have been through a lot worse than I have who still have their cervical smear test.

It can save your life.

Please do it now. 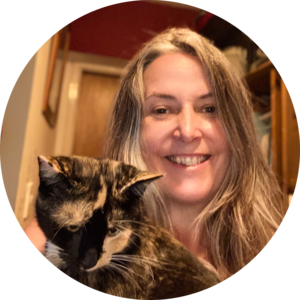 Such a brave post! Well done you! <3 I hope you are recovering and resting up well xx