Understanding this primitive concept could change the way you manage yourself and others forever!

I'm not a behavioural psychologist. Although maybe I should be, I'm very sensitive to changes in other people’s behaviour. I was reading something random on the internet (snow day boredom) about dog training. When I came across this concept.

The article was explaining about how when you try and set new boundaries for your dog in attempt to change an unwanted behaviour. That sometimes it actually gets worse before it gets better. A classic example which is used to explain this is the parent with a child in the supermarket. The child always throws a tantrum to get some sweets but this time the parent decides enough is enough and they will not give in. The child tries its normal whining and crying but realises that it isn't working. Escalating to full-blown volcanic meltdown (an extinction burst). Out of embarrassment and frustration the parent gives in. This reinforces the behaviour even further and makes it even more difficult to stop in the future.

If however the parent had managed to persist. In time the child will learn that no reward will come and the behaviour will be "extinguished".

This is primitive stuff we are dealing with here, designed to help humans survive. Coming from the reward centres in your brain. They have learnt to expect a reward in return for carrying out certain patterns of behaviour. When that reward is denied, it's as if a sort of irrational panic sets in you will try anything to get the desired result.

It struck me like a true light bulb moment, how prevalent this is in everyday life. I'm not talking about toddlers now. I'm talking about full grown adults, with adult reasoning minds.

Let’s imagine you are on a diet (or trying to quit smoking) you are doing well and proud of yourself! You can do this. Then all of a sudden out of nowhere your primitive brain kicks in. It wants to know why it’s not being "rewarded" anymore (with burger king/ wine/ cigarettes etc.). You have an extinction level falling off of the wagon, drink 5 bottles of wine, smoke 2 packs of cigs and get a kebab. IF you can learn to predict these lapses and understand them for what they are you have a good chance of moving past it. This is your brains primitive final attempt. In fact it is probably a sign that you are coming to terms with the changes you want to make and starting the acceptance process. Try to see it as good thing and not a failure.

But let’s look at it in another light. You have a controlling mother in-law? She invites herself round, meddles in your business and tells you what to do and how to run your house. You probably reinforced this behaviour when you first met your partner in an attempt to seem nice (and normal?). One day you decide you have had enough and you tell her she can't come round today. Maybe she responds with a sulky ok. Later followed by an escalating text "have I done something wrong?” You don't bite. So she phone's someone else in the family to get them to speak to you and find out what's wrong. You don't bite. So she phones your husband at work... and so on and so on. You get the picture.

Or it could be your partner. You ask them to do a task, let's say the washing. They don't do it (they never do) and in a bout of parent like frustration you eventually give in and do it. Well what if you didn't? What if you stood your ground and upheld your new boundaries? What if you knew that there may be some extinction burst, even a row? It's a silly example but you can see what I mean.

I think there's huge links here to attention here. If someone repeatedly does something for attention but you no longer give it to them (and remember attention isn't just positive it can be negative). Then there is every chance they are going to up their game to try and get the result they are used to.

I see this a lot in break ups. Someone breaks up with you and in attempt to get back to the normal feelings, you send a text, then another, then leave a voicemail. They don't bite so you go to their house. They don't answer. So you contact their friends. Escalating the tantrum just like a toddler. Maybe it turns to threats. Crying. Pleading. We've all heard or seen this.

I read a lot of stuff about how we can't change people, only the way we respond to them. This can be misleading. It doesn't mean you should be putting up with disrespectful behaviours, then going off and meditating and writing in your gratitude diary. That stuff damages your self-esteem and self-worth. You can set reasonable boundaries and expect them to be met and not ignored. People won't like it at first but if the underlying issue is a learned behaviour on their part then they may well adapt to the new situation.

Consider the fact that it also might not be a learned behaviour which you have reinforced. This could be something from their parents. Or worse every previous girlfriend has given in to this. Or something more complicated. (I'm going to have to go away and have a serious think about some of the things I do!)

This is a fundamental concept which is linked to ANY change you want to make in your life. Whether it involves someone else or not. I have fallen off the healthy eating and exercise wagon this week in an EXPLOSIVE extinction level style. Guess what? I'm tired and sluggish and I look awful, I feel awful and I've recognised it for what it truly is. Adjustment. My brain needs to come to terms with the fact it's not going to get what it is expecting. Your brain will fight you to regain the status quo! If I battle on then this will soon become my new normal.

So strive for your new normal whatever it may be. Don't give in to any manipulation (especially not from your own brain!). Humans don't like change but eventually it is forgotten. Keep going and don't look back. 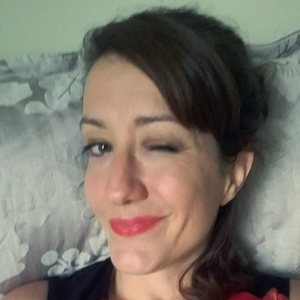