How to let go of clutter and when it's time

Once you begin decluttering,your spirits will be lifted; you'll feel positive and experience a much lighter feeling inside. A new life, means a clean slate.

Prior to delivering a workshop, it is important as a host to work through them myself.  The first one of the year was with a de-cluttering theme.  In my mind I believed that my house was clutter free as we are a very tidy family, unusual with three teenagers in the house, but it is kept to certain areas.  We moved 1 ½ years ago and we tried to travel light.  When doing the workshop, I realised that in cupboards and the eaves there were forgotten boxes, never unpacked…I had no clue what was in them.

One by one I pulled them out, and one by one…I took bags to the charity shops.  There were however treasured possessions in one box – a puppet my clever father had created from box wood, a puppet theatre from my childhood and manuscripts written by both parents.  These were dusted off and I am now enjoying rediscovering their magic.

Not all clutter is junk, but there is an emotional connection.  Often we don’t realise how much clutter actually creates blockages and stops us from moving forward until we’ve got rid of it.  Become aware of what’s draining your energy. 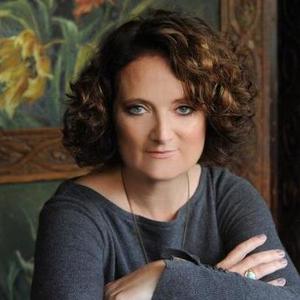 I have had a long and interesting career in both the hospitality and education sectors. For the past 5 years I have been in Learning & Development Manager roles where I began to see coaching as the most useful tool when managing teams. Skills can be taught but behaviour is inherent, therefore self-awareness, which coaching encourages, means that you have a sound understanding of who you are as a person and how you relate to the world in which you live. When you are self-aware, you know your strengths and weaknesses and how to manage them. Isn’t it better to manage yourself than to be managed by others? Coaching comes naturally to me, and I have been doing it for over 5 years, but to ensure that I am qualified to lead others in this field I trained with Practical Coach Training to complete an ILM Level 7 Certificate in Executive Coaching and Mentoring. This course meant that experienced coaches demonstrated and then assessed my coaching skills to a high level, so that I am qualified to work and call myself a coach. I search to make a difference to the quality of work and life.
Follow

Suzy Walker
over 3 years ago

Our Spring dossier is all about minimalism. Let me know what you think.

Sarah Thornton
over 3 years ago

Minimalism immediately makes me think of white, cold spaces with no identity but if I really think about it that is not what it means at all.

For me it’s about not being a slave to your possessions – do you really need a bigger salary, to buy a bigger house, to house all those things you ‘need’.  If you think about what is really important, it is the people/animals in that house and your connection with them.

I have worked in roles, in order to put a roof over our heads, that did not serve me in other ways – this is very unhealthy.  I told myself that in order to have security I needed to buy my home, that was a lot of pressure to put on myself, as being a sole parent in London is tough and expensive.
We had a flood and had to move out of our house for six weeks while it was rebuilt.  I realised that everything we took with us, was all we really needed – and my decluttering begun.  I then sold my new and improved property…what a weight has been lifted from my shoulders.

At one point I had a very tidy house, but a double garage full to the brim with stuff.  A lot of this stuff was inherited, which made it a good deal harder to get rid of it.  If I told myself, it was getting ruined in the garage, or it didn’t fit in the house it was easier.  The fact that I just didn’t like it, didn’t seem a good enough reason – this is the emotional blockage that stood in my way.

2 years on and hand on heart, I truly believe that I have my clutter under control.  Could I live a minimalist lifestyle? Probably not but I would like to see if I could even list 100 items that I could not live without – I suspect it would be a lot less.

What have your possessions stopped you doing?