Here's how you can break through the doors of perception

How often do we challenge our view of reality? I bought an old-style Volkswagen campervan while on holiday recently in Suffolk. It is blue & cream, a little battered but, to my eyes, it is a thing of beauty.

How often do we challenge our view of reality?

I bought an old-style Volkswagen campervan while on holiday recently in Suffolk. It is blue & cream, a little battered but, to my eyes, it is a thing of beauty.

I took a photograph of it on the beach. My Yorkshire terrier, Daisy, got curious and came to investigate. She likes to dig. Within a few minutes she had successfully buried the entire vehicle in the sand.

At what point in the above (true) story, did your perception shift?

Yes, I did buy a campervan, but it was a tin model. I didn't mention that. What I told you was the truth, but not the whole truth and nothing but the truth.

I took two photographs (see here). The first shows the van on the sand. It looks good. The second shows Daisy standing next to it.

Perspective now shifts and offers a change in perception. Now you can see that Daisy is much larger than the van and all becomes clear. You have the bigger picture.

We see what we expect to see and rarely challenge our understanding.

So it is with reality. Our senses are the waiters that ‘bring the feast to the table’ of perception. But that internal experience should not be confused with reality. The map, as they say, is not the territory.

A shift in perspective can often represent a real breakthrough in our perception of the world.

Yet, as a species, we are programmed to be psychologically lazy. We make assumptions because it is easier. Having constructed our ‘model of reality’, we don't question it. Even worse, we reject anything which challenges our established belief system.

‘Better keep yourself clean and bright, you are the window through which you must see the world.’ George Bernard Shaw

Grace came to see me about her depression. She said her world become like ‘an old, sepia photograph’ of how it used to be. ‘All the colour has drained out of it’, she said.

Rather than looking through rose-tinted spectacles, Grace was seeing through a distorted lens; focusing on all the negatives and simply oblivious to the good things she had in her life.

I challenged her worldview by reflecting that, to me, it was like she was sitting on a beach, with white sand, blue skies and coral seas, but had picked up a large black rock from nearby and was holding it very close to her face so that, now, she could not see the beach at all.

‘Depression is like that’ I told her. ‘But the good news is that you do have a choice. You can put down the rock and look again’.

Grace ‘got it’. She ‘chose’ to see her world with new eyes. Yes, there were islands of challenge, but now they were set in an ocean of hope and possibility.

‘Only in quiet waters things mirror themselves undistorted. Only in a quiet mind is adequate perception of the world.’ Hans Margolis

Mindfulness is one way of ‘letting go’ of preconceptions. From the position of ‘the observing self’, we can detach from the ego and watch its transient thoughts and feelings.

Both the Fusion distance learning certificate and diploma training programsbegin with the Zen philosophical invitation to commence this new learning experience with ‘beginners mind’.

The principle is simple… from one thing comes another.

So it is that before there can be mastery, there must be errors.

Before there can be knowledge, there must be ignorance.

Before there can be understanding, there must be confusion.

Before there can be wisdom, there must be foolishness.

For the sage, losing is seen as acquiring,

Confusion and foolishness are welcomed.

‘What the joke displays is a switch in perception. This is important in changing the way we think.’Edward de Bono

Sometimes a breakthrough can be made via a joke, After all, the shortest distance between two people is humour, as solution-focused originator, Steve de Shazer, observed.

Here is a favourite, which highlights the kind of internal ‘predictive text’ which completes a sentence on our behalf and which, like predictive text, often gets it wrong.

Man 1. ‘No. She was standing outside the chip shop when the big ‘C’ from the sign fell on her head.’

‘The voyage of discovery is not in seeking new landscapes but in having new eyes.’Marcel Proust

And sometimes poetry will hit the spot as nothing else can.

The following powerful piece was written by Chainie Gorkin, at the time, an 11Hasidic philosophy;

Today was the worst day ever

And don't try to convince me that

There's something good in every day

Because when you take a closer look

This world is a pretty evil place

Some goodness does shine through once in a while

And it's not true that

It's all in the mind and heart

True happiness can be obtained

Only if one's surroundings are good

It's not true that good exists

I'm sure you can agree that

It's all beyond my control

And you'll never in a million years hear me say that

Today was a good day

Now read from bottom to top

Yes, when you look again, it couldn't be clearer. As Master of Stupidity author, Toba Beta observed; 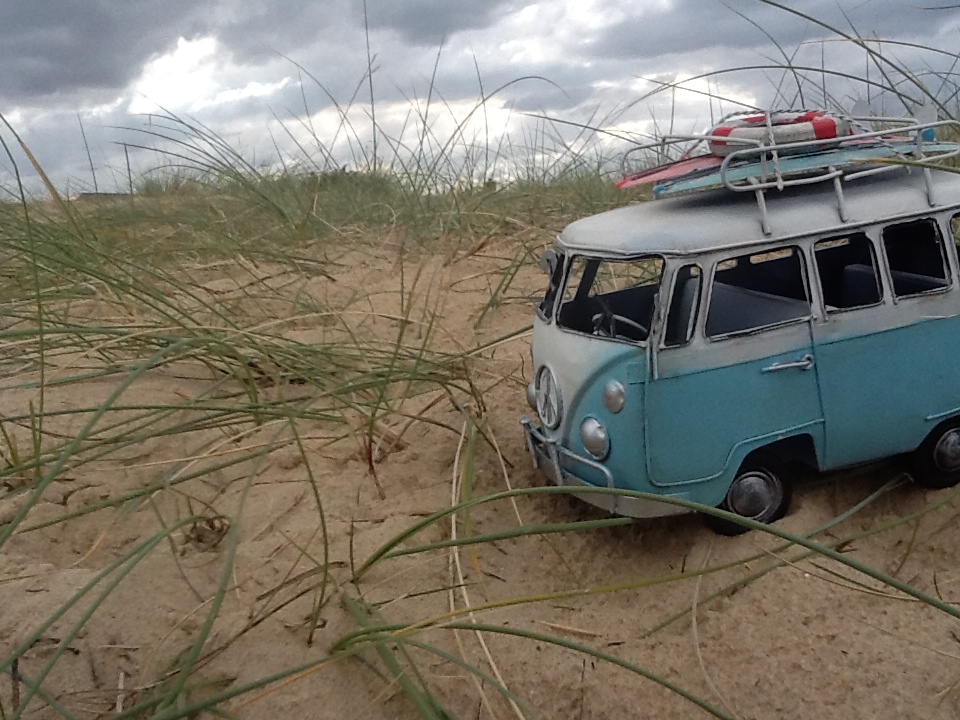 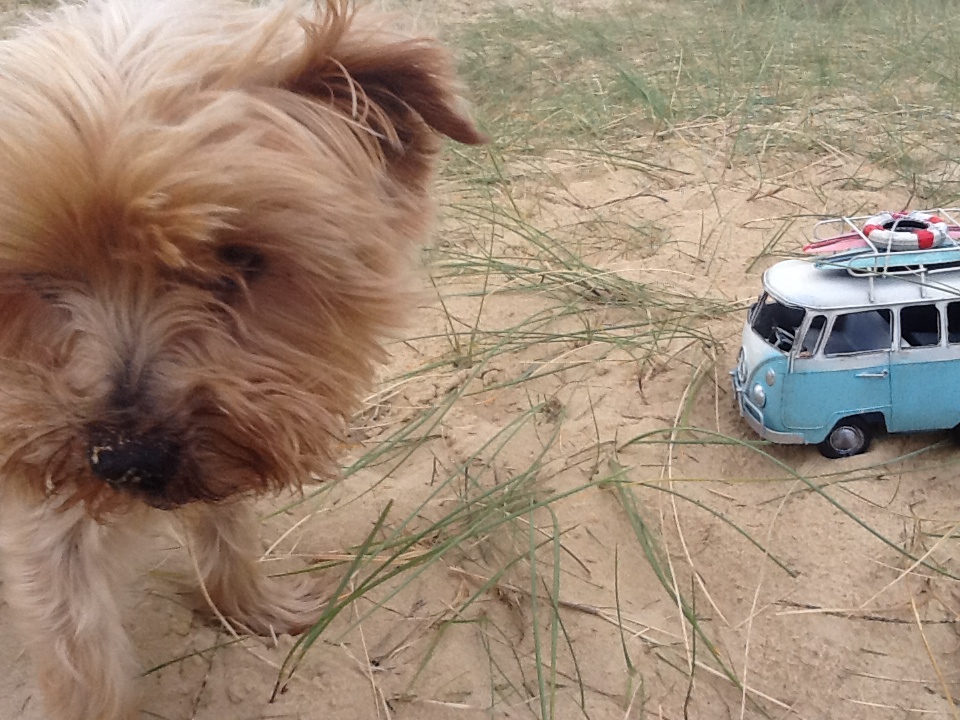 Do you want to be happier and more resilient? Some people seem to just 'bounce back' no matter what life throws at them. We can't choose many of life's events but we certainly do have a choice about how we respond. My passion for mental health began 25 years ago when I suffered postnatal depression and realised the help I needed simply wasn't there. The pills didn't work. In fact they made things worse. What I really needed was to understand how anxiety, depression and emotional ill health can develop. I needed to learn good 'mind management' skills which would act like a 'psychological inoculation' against future problems. When I recovered, I made a decision to find out how and why I had become so depressed and made a personal pledge to do something to provide the kind of help for others which I had needed. I wanted to prevent people suffering unnecessarily. So I embarked on a personal and professional journey and, along the way, developed a brand new approach to health and well-being. My journey began with four years of traditional counselling training, followed by a postgraduate diploma in psychotherapy. I studied cognitive behavioural therapy (CBT) neuro-linguistic programming (NLP), hypnotherapy, coaching and cognitive neuroscience. I built up 30,000 hours professional experience which I brought together into the new happiness and resilience programme l named 'Fusion.' I also wrote a book about how to resolve post-traumatic stress disorder (PTSD), founded a therapeutic coaching charity and trained volunteers to work in this new way. This training programme would later become the nationally accredited Fusion Therapeutic Coaching Diploma and Distance Learning Skills Certificate. Now... The journey continues. Now I want to reveal all my professional secrets about good mind management to as many people as possible through social media and by training Fusion Breakthrough trainers from all over the world. One of them could be you... Something new.. Something different.. Something which lasts.. What if you could experience one day which could actually change your life for good; giving you your own eureka moment; not only helping you create a vision of the life you want to live, but actually give you the real skills to get there and stay there? Fusion is a tried and tested system which combines the best of psychotherapy and coaching into a powerful new formula for lasting change. My aim is to help and empower as many people as possible to feel their best, be their best and live their best lives. Perhaps I could help you too....
Follow

What does beauty mean to you?
UKCP Therapists' Channel, Self, 360me

What does beauty mean to you?

Fe Robinson, Psychotherapist
How to deal with negative thinking
Barefoot Coaches' Channel , Self, How To Save Your Relationship, The Happiness Club , Work, How To Achieve Your Goals, Money, Family & Relationships , Women in Business Expo TV, Barefoot Coaches Training Room

How to deal with negative thinking

Julie Leoni
Keep it Happy - Make Space On Your Shelf…
Self, 360me, Family & Relationships , Ollie & His Superpowers

Keep it Happy - Make Space On Your Shelf…