Stare at the sky

The last few ‘wake up’ challenges have been simple but I think they’ve been like this to demonstrate simple ways of staying off autopilot. This week’s challenge was to lie on our backs and stare at the sky. With the time of year and the weather we’ve been having (one minute glorious and the next minute torrential rain and thunder storms) timing had to be precise. I mean who wants to walk around town with mud stains and dew on their back (we all answer; people who’ve been to the Glastonbury Festival, ahem).

Thinking about the challenge I knew exactly where I was going to carry out this challenge because it fell on the right week and because it would also be a ‘first’ for me. This week Pete and I had planned to go back to Pete’s home town for a day trip, a town near to the Jurassic Coast. And yes, you’ve guessed it folks; Bobby was tagging along too.

For the three of us the trip was a throwback to a couple of years ago when Pete, Bobby and I started to go out on Wednesday’s for day trips. We went to a lot of places and shared good times. Unfortunately these day trips were set against the backdrop of a terrible tragedy in mine and Sarah’s life and the reason Sarah was never with us. Sarah was spending all of her time with her brother in London and later Watford who had tragically come off his motorbike and went into a coma. Sarah’s brother’s injuries were incredibly severe and it was hard to believe he survived the initial accident. He wasn’t even speeding. The police believe oil on the road was the cause of the accident. I went with her several times and the experience was intense. Bobby wasn’t allowed to go in to these places until Sarah’s brother was moved to a care home. It was no surprise to find Bobby the centre of attraction amongst all the staff – everybody loves the Bobster!

I always believed Sarah’s brother would come out of the coma even though the odds were stacked against him. There were many scares along the way but I held firm in my belief and genuinely thought he would be fine in the end. But in the end he broke our hearts and never beat the deep sleep. After ten months spread over two years it was over. It was the biggest trauma Sarah had ever known in her life and it changed her outlook on life completely. It was a terrible time. Those ten months seemed to last a lifetime of pain.

Nearly three years later from the initial shock of her brother’s accident and still Sarah wouldn’t be joining us because she had friends from Somerset coming to visit. I would be minding the Bobster again. The journey would have to be with the magnificent…three. Off we went.

The weather was shaping up nicely when we left Great Malvern just after 8am and in truth I didn’t want to leave. I’ve fallen in love with my life and where I live and our apartment. For the first time in my life I am very content. As the journey progressed the weather picked up and just as we drove into the rolling landscape of Dorset the sun broke free and the skies became a glorious blue. Bobby of course was oblivious to this as he slept on the backseat.

We parked up on West Bay and headed for East cliff. Pete said he had never really walked this way before which was strange considering he spent the first twenty one years of his life here. We had a fang-tastic time with inspiring views. The sea, the sand and the sky conjured up magic in me. The sound of the sea kissing the beach is one of beauty to the ears. The beach was dog friendly and Bobby met some new faces and tails.

I had to ask myself on this day even with the most tragic of news, how could anybody not feel calmed by nature with the warm sun on the skin, a gentle breeze on the face and the sea kissing the beach. We should all find these places and spaces in our mind when life throws our emotions into chaos and trauma. Like a lot of the things I’ve learned through ‘wake up’ it’s all about trying to remind oneself about the things that will help us cope and embrace this bitter sweet life.

With time against us (Pete had to visit his dad on his lunchbreak) Bobby and I popped into a pub and drank a couple of the local beers. When Pete returned we popped up the road to Bridport to another pub funny enough. It was here I made friends with some of the locals (the pub is a great leveller) and the bar staff. Surprise, surprise the Bobster was the talk of the town. Alas Pete left us again to visit his mum and we chatted to loads of locals. One chap noticed I was wearing a t-shirt with Paul Weller written on it (you would never have guessed would you, ahem) and he told me he went to school with him. I knew this to be true because the chap mentioned Weller’s school and a few other bits and bobs. He informed me Weller was good at football - I never knew that.

The cud was chewed and when Pete returned a couple of hours later I said bon voyage to the Jurassic Coast. On the way home I crept onto the backseat with Bobby and joined him for a sleep. He was very fidgety but warm and cuddly. It had been a great day out and I looked forward to coming here again some time, hopefully with Sarah.

Staring at the sky was something we all did when we were younger or when we were in love, dreaming a hundred dreams, a hundred happy thoughts about the future. The challenge reignited that spirit and made me grateful for what I have, what I’ve experienced including my brother in-law’s tragedy and how it fractured mine and Sarah’s relationship but how we came through it stronger and what direction I’m going in. Looking up at the sky made me realise we all make decisions that with a twist of fate and a roll of the dice can turn our future into a good one or in some cases not so good. But at the end of the day, dreams can be found and shared looking up at the sky, as clouds pass so does time and time is a great healer. Answers are all there for us all. We’ve only got to look for them, find them and embrace them. 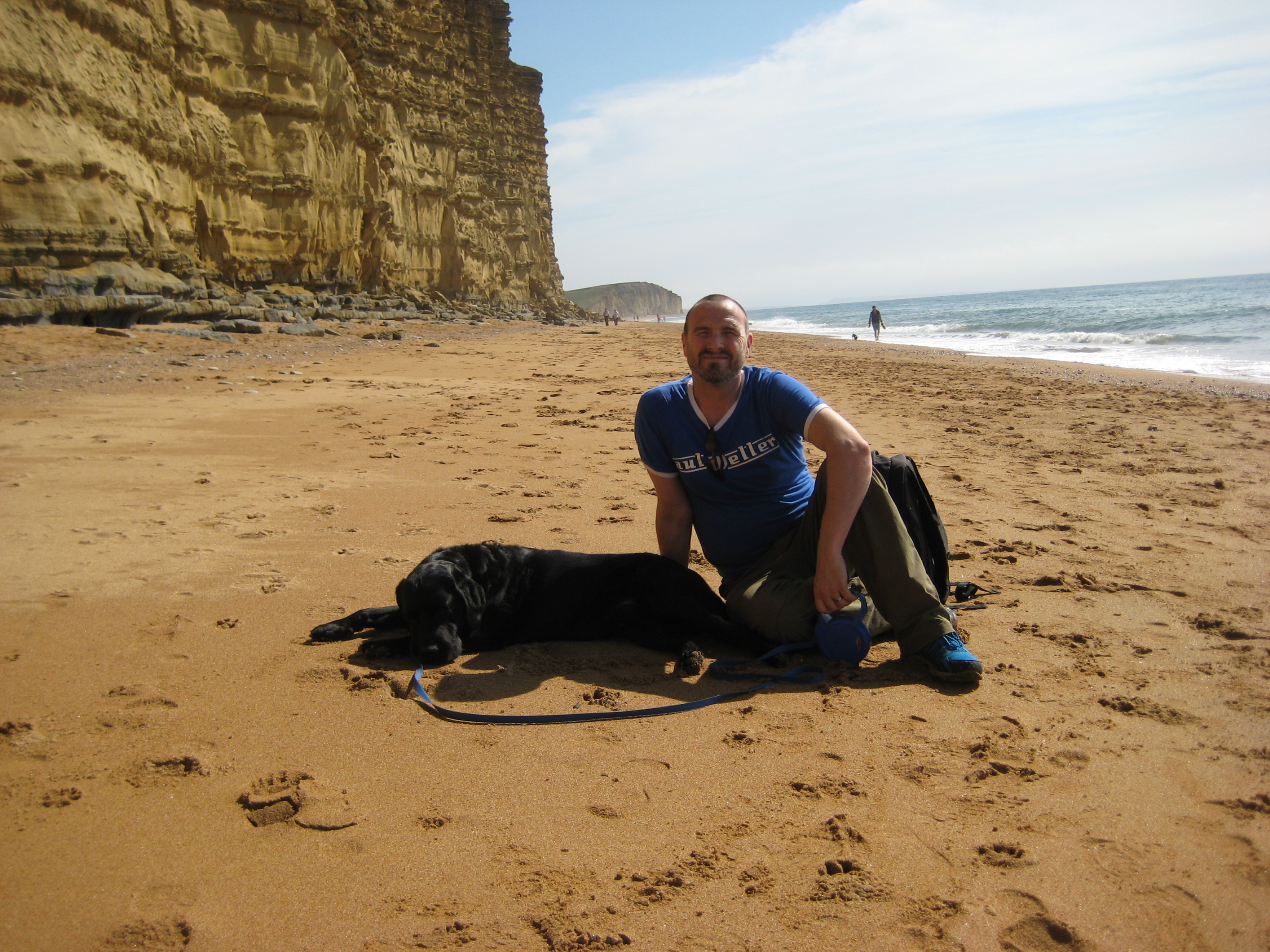 Jacqui about 4 years ago

Wise words Mark. Reconnecting with nature does remind us of the passing of the seasons and how we can heal and learn. It also reminds me that not everything can be controlled, sometmes we just need to sit back and watch. A lovely post.

Ffi Ffi Trixibelle about 4 years ago

Oh I was so lost in your post them it was amazing ... So true what you say. I'm so sorry for your loss , ( I know you mentioned it to me once) it does as you say put everything in perspective but I imagjne you'd rather it was something gentler that did this. Big hugs to you all and Bobster who I've fallen for through your posts .

Chris Baréz-Brown about 4 years ago

You were in Dorset and West Bay, very close to my neck of the woods...next time you in the area, give us a shout! Great post as always Mark, moving and thought provoking. Big love, Chris x

Vanessa about 4 years ago

Beautiful! I loved the way you were so connected at every stage of your journey, and so open to good things happening. The post of a contented man, I think...

Migraines; common triggers and natural approaches
360me, The Happiness Club , The Great Wake Up

Gaelle Berruel
Autumn Tingle
Psychologies Ambassadors , Self, The Great Wake Up, How To Achieve Your Goals, Storyteller in Residence