​OUT WITH THE NEW AND IN WITH THE OLD

Yes you read that properly

Yesterday morning something absolutely marvellous happened to me and I want to share it with you. After all, wasn’t that one of the reasons we signed up for the Great Wake Up in the first place; to share our thoughts on this year of adventure and possible change?

When I enrolled onto Chris’ forty week experiment I wanted to because it sounded like fun and I knew I needed some direction or change in my own life. If this was the catalyst to change then I wanted to embrace it fully. During this enjoyable journey I have not only become reconnected to the living-breathing life force that is Mother Nature but I’ve also felt a great connection to fellow bloggers and their thoughts on their own journey. Whether they like it or not or even deny it we are connected to each other through these experiments. Some of the bloggers I feel a deep connection too. I feel a great warmth and connection to some of them because of their openness to share a window on their world and the support they show for each other and my own bloggings. I would even go as far to say I care deeply about some of them. From their musings I have fell in love with them in the same way you do when you go to school or college or start a new job and make new friends and connections that go deeper than the norm. But I don’t want anyone to worry that I’m going to start stalking them in any way, shape or form. I’m just connecting with my inner hippy and sharing the love (the first ‘wake up’ challenge in fact). This is a spiritual thing.

Anyway, yesterday I had a few hours to kill and decided to surf the web (I felt like Spiderman, ahem). I only usually check my e-mails and one or two sites I’m mildly interested in. With a lot of time on my hands I surfed away. After an hour or so something smacked me in the face - SLAP! What was I doing and why was I doing it?

The internet is an amazing thing but equally it is a bully! A vast amount of ‘stuff’ on there I find both disturbing and degrading to the mind and spirit. “Don’t look at it you might say.” And you’d be right – I don’t need this sickness in my life. Away from the computer screen there is a REAL world out there and yet I was neglecting it because I was in one way or another a slave to the Internet. I then realised it was time for a big change in my life and it was in some way thanks to a ‘wake up’ experiment.

Very early in the ‘wake up’ journey we gave up all digital notifications for four days. At the time this had little effect on me because I haven’t got a phone, a tablet, a social media account and I used the web for nothing more than what I’ve mentioned above. But this experiment, I believe, sowed a small seed that sprung up yesterday and it is beautiful to look at – in my mind’s eye it’s a small green sprig – fresh, light and alive and making me smile. It makes me realise that I will not be a slave to the Internet no more.

From now on I will be connecting to my e-mails and internet sites on Wednesday only. I won’t be viewing, reading or replying to any websites or emails unless it’s on a Wednesday and only if I’ve got the time. I know I will miss the immediacy of reading and commenting on the ‘wake up’ family’s blogs but hopefully I’ll still be connecting and supporting everyone where I can on our journey on Wednesdays.

Of course I won’t be starting a ‘wake up’ challenge until a week after I usually finish one but my enthusiasm for ‘wake up’ will still be as strong as it ever was and I will be looking forward to Wednesday’s immensely and catching up on all good things.

I’m looking at this like I’m a fisherman away from home, tumbling on the rolling seas of the real world for six days and when I get home on the Wednesday I will be catching up on a week’s worth of e-mails and reports. It’s as simple as that. I feel liberated.

I’m not asking anyone to join me. We all have different lives to live and paths to follow. I’m only sharing my next step in life because it was inspired by ‘wake up’. And I believe that’s why we all signed up for it in the first place; fun, inspiration and change.

The film director John Landis (whom I adore his films An American werewolf in London and The Blues Brother’s – I’ve watched both of them a hundred times or more) always had a gimmick in all his early films were you either heard or seen the catchphrase “See you next Wednesday.” I can’t help feeling a connection with him, I feel like somersaulting like Jake Blues (John Belushi in the Blues Brother’s) down a church isle and at the end metamorphosing into David Kestler (the American werewolf in London) and finishing with the phrase; “Wake Up!” Then howling out my joy of liberation!

So just like the great John Landis, See you next Wednesday!

Big love from the bottom of my heart for helping and aiding me in my liberation in any way you have. And the truth is everyone that started this experiment has helped me in some way to see things differently and connect to the magic inside and out. Cheers everyone and don’t forget; Take it easy, I'll see you next Wednesday. 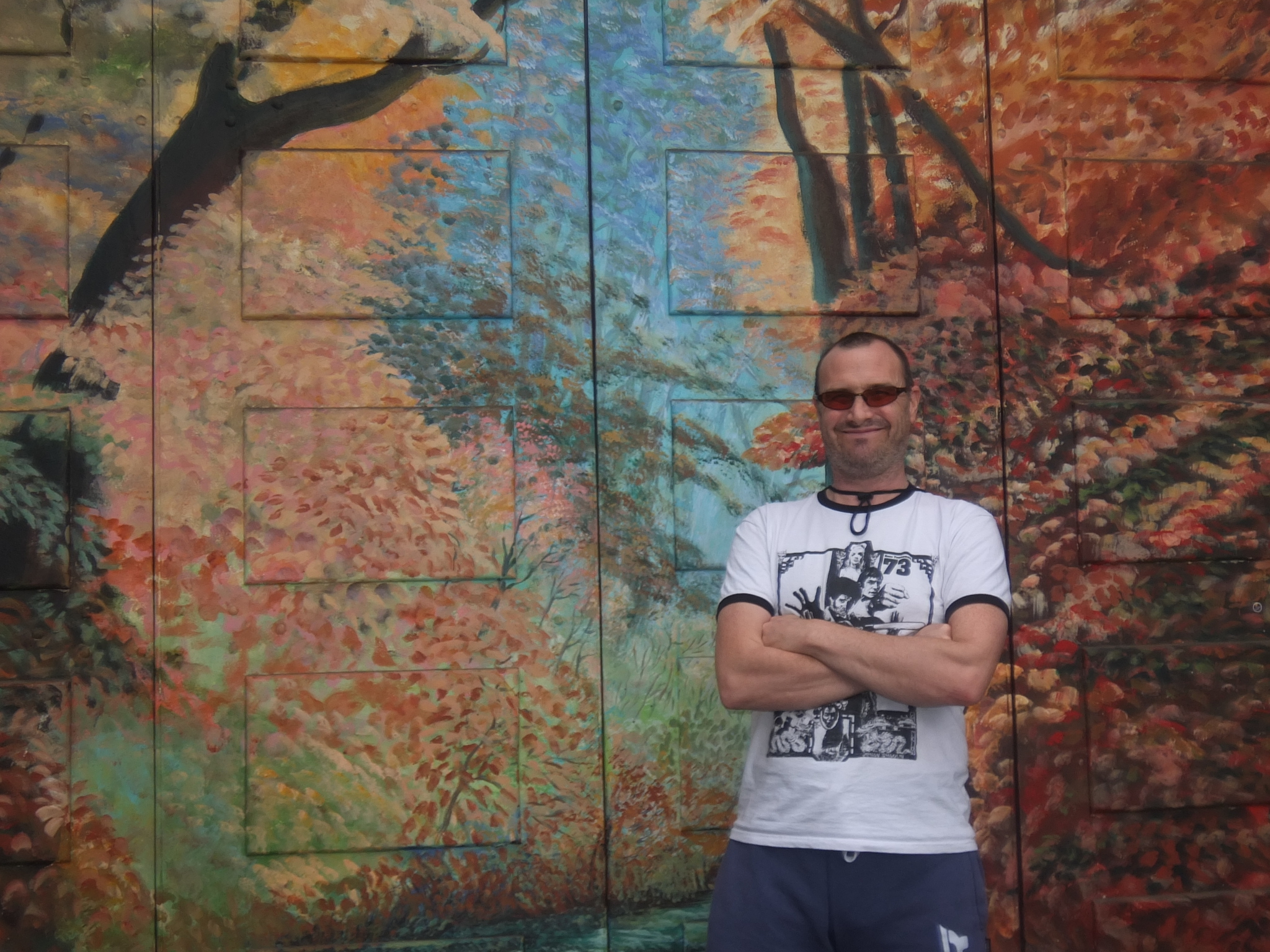 Vanessa about 4 years ago

YEAH, YEAH! Go Mark!!! Such an inspiring step; I'll miss your blogs and comments through the week, but it makes Wednesdays a day to look forward to. I pondered (briefly...) whether I could follow your example, but I'm going to stick with just admiring you, at least for now...

Chris Baréz-Brown about 4 years ago

Wow, super inspiring and feel honoured Mark you are on this journey. Brilliant experiment the one day a week connectivity. Now that would be a real challenge for me but I know I would love it! Thanks always C x

Jacqui about 4 years ago

Great idea. Have a good week!

Migraines; common triggers and natural approaches
360me, The Happiness Club , The Great Wake Up

Gaelle Berruel
Autumn Tingle
Psychologies Ambassadors , Self, The Great Wake Up, How To Achieve Your Goals, Storyteller in Residence